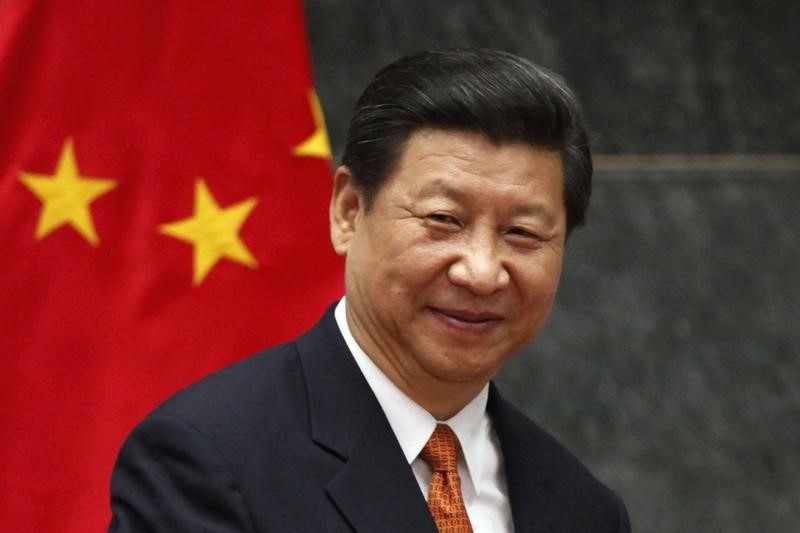 (Bloomberg) — The message from the massive government shakeup completed Tuesday in Beijing is clear: Chinese President Xi Jinping is just getting started.

The revamp immediately gives Xi a much freer hand to direct policy as the economy is slowing, debt is mounting and U.S. President Donald Trump is threatening higher tariffs on a range of goods. Over the long term, his power play will be more consequential: Xi can either turn China into a global juggernaut or set the stage for a destabilizing succession crisis.

“He’s clearly convinced that the only way to make China great is to lead it from the top — power has to be centralized, people have to be extremely loyal to the party,” said David Zweig, a political science professor at the Hong Kong University of Science and Technology. “He could be the source of long term collapse in the system, if he doesn’t invigorate it or carry out the necessary changes.”

Zweig said China could fall victim to “Brezhnev syndrome,” a reference to the former Soviet leader Leonid Brezhnev, whose 18-year tenure is often associated with political and economic stagnation.

Xi starts his second term with more power than any leader since Mao Zedong died in 1976, a tenure marred by famine and political chaos that prompted his successors to devise a system of “collective leadership.” He received 100 percent of the votes for a second term — a rare feat even by China’s standards.

Xi seemed to acknowledge the weight of expectations in his closing address Tuesday to the National People’s Congress, saying “the situation at home and abroad is undergoing profound and complex changes.”

On the ground, that means more decisive action, such as a government campaign to replace dirty coal heaters last year that suddenly cleared Beijing’s skies. While the move was cheered by the urban middle class, many in surrounding rural provinces were left without heat.

Xi is also poised to expand China’s influence overseas, promoting his Belt and Road trade-and-infrastructure program and seeking more favorable rules from world financial bodies. That’s run up against a U.S. administration that now brands China a “strategic competitor” and is expected to impose as much as $60 billion of tariffs on the country’s exports.

China Spreads the Love to All Sources of Energy, Even Hated Coal

Xi appealed to Chinese nationalism Tuesday, repeatedly urging “the people” to rally behind him while warning the U.S. and Taiwan’s democratically elected government to respect Beijing’s claim over the island.

“In Xi’s second term we’re going to see a lot of policy continuity and we may see an improvement in implementation,” said Brian Jackson, China director at Medley Global Advisors, which gives policy guidance to institutional investors. “I haven’t heard anybody say that the risk changes significantly in the period of time they care about, which is one year or two years.”

Further out, Xi’s consolidation of power raises big questions. His decision to repeal term limits and to prosecute or pass over potential successors means the party will plow ahead with no obvious heir-apparent. The increasing emphasis on party ideology at schools and companies risks stifling innovation just as China seeks to compete with more developed economies.

A key piece of Xi’s government overhaul approved Saturday was reasserting party control over the state, a break from 1980s reforms that sought to divide duties between the politicians and bureaucrats. That risks a reversal of the reform era, which produced good policies that sometimes weren’t implemented properly, according to Andrew Gilholm, director of China and North Asia analysis at the consulting firm Control Risks.

“There are serious questions about how the party leadership system will impact the effectiveness of China’s policy making,” Gilholm said. “Xi may be creating a system that is better at enforcing central policies, but gets worse and worse at making them.”

May Ally to Ireland: Let’s Cut Out the Brexit `Aggression’