Blog - Latest News
You are here: Home / latest_news / What to Expect From the Fed This Week: Mohamed A. El-Erian 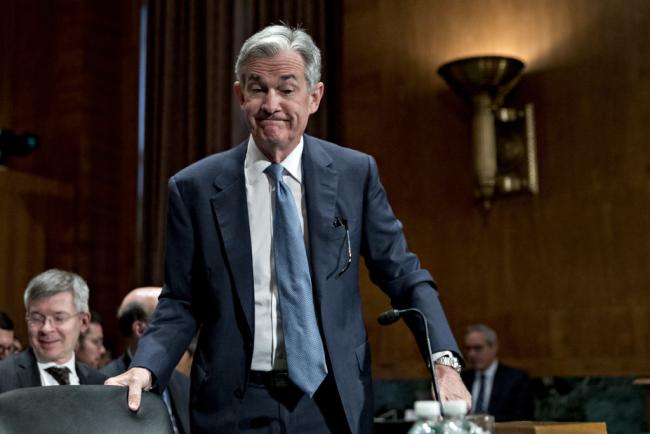 © Bloomberg. Jerome Powell, chairman of the U.S. Federal Reserve, arrives to a Senate Banking Committee hearing in Washington, D.C., U.S., on Thursday, March 1, 2018. Powell, delivering his second round of semi-annual testimony to Congress today, told lawmakers on Tuesday the next two years will be good ones for the economy. If he’s right, he’ll be at the controls when the current U.S. expansion becomes the longest on record.

(Bloomberg View) — At the meeting this week of the Federal Open Markets Committee, the first with Jerome Powell as chairman, the Federal Reserve is likely to raise interest rates by 25 basis points, renew its commitment to two more hikes of similar size in 2018, and reaffirm the plan to gradually reduce the size of its balance sheet. These actions will constitute another step forward in the “beautiful normalization” of monetary policy.

None of this should come as any great surprise to financial market participants. Nonetheless, the March 21 statement and news conference, along with the meeting’s minutes that will follow in a few weeks, should be of interest.

The sense of outcome predictability that surrounds this week’s FOMC meeting is not just understandable but also is consistent with what has been a well-managed policy transition by the Fed. Yet, along with remaining questions about the behavior of basic economic variables such as productivity, inflation and wages, it should not hide the uncertainty that still surrounds important policy inputs. Indeed, it will be a while until FOMC meetings become boring — and that includes those that seem highly predictable in terms of policy actions.

Mohamed A. El-Erian is a Bloomberg View columnist. He is the chief economic adviser at Allianz (DE:) SE, the parent company of Pimco, where he served as CEO and co-CIO. He was chairman of the president’s Global Development Council, CEO and president of Harvard Management Company, managing director at Salomon Smith Barney and deputy director of the IMF. His books include “The Only Game in Town” and “When Markets Collide.”