There has been a record or near record number of euro contracts held long by large speculators since last year. Choppy trading conditions have done little to deter their overall bullish outlook as the most recent CoT report showed their net-long only a couple thousand contracts short of a new record. What this could mean is yet unclear, but we will provide our take on it. On the other hand, in the Japanese yen, large speculators have been covering their multi-year extreme short. This may be set to continue.

Each Friday, the CFTC releases their weekly report of traders’ positioning in the futures market as reported for the week ending on Tuesday. In the table below are key statistics for net positioning of large speculators (i.e. hedge funds, CTAs, etc.). This group of traders are largely known to be trend-followers due to the strategies they typically employ. The direction of their position, magnitude of changes, as well as extremes are taken into consideration when analyzing what their activity could mean about future price fluctuations. 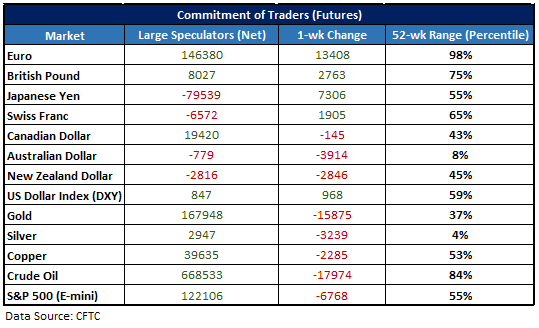 Euro large specs historically long; what might it mean?

Large speculators remain firm on their historically large net-long in the euro FX contract. At +146.3k contracts, the position is only a couple thousand short of the record registered back during the first week of February.

This group of traders has a strong long-term track record of identifying intermediate to long-term trends in the euro. This was again proven to be the case since flipping net-long back in May when EUR/USD was trading near 11000. The persistent positioning at an extreme may not be a sign of an overbought market, but simply a confident one. As we’ve seen in oil in recent months, extreme positioning can continue breaking records for quite some time as price keeps appreciating.

Over the weekend, we again touched on the possibility of an intermediate-term topping pattern taking shape, but the topping price action could just as easily take on the shape of a bull-flag. As long as the area around 12100 holds, the topping scenario will not be able to grow legs, and the period in recent weeks may turn out to be nothing more than a period of consolidation before making another run.

Euro bulls in the bearish scenario (drop below 12100) could provide plenty of fuel for a big sell-off as their positions shows losses, but in the bullish scenario they will have been proven correct in sitting tight. We’ll continue to follow price action first, and consider what their position means, secondarily. 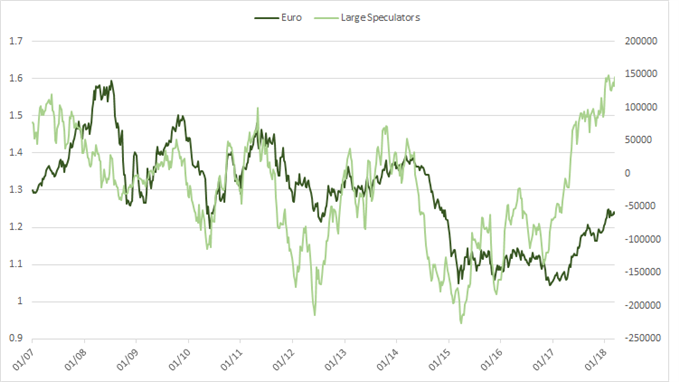 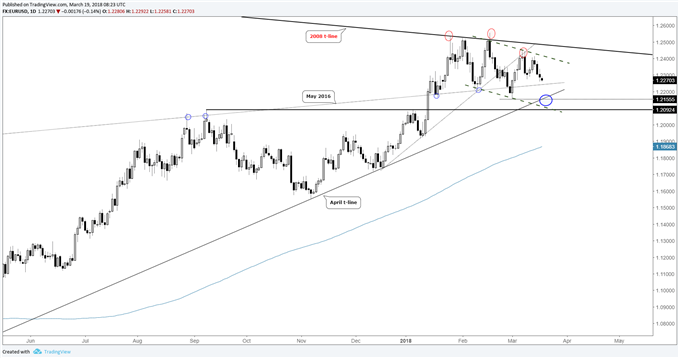 As the rally this year has largely remained intact, large trend-followers have been unwinding one of the largest short positions of the past decade. After a fourth consecutive week of covering (6th out of seven), the 79.5k contracts held short is the smallest since the last week of September. This could continue, as the trend in USD/JPY remains firmly lower (yen higher). 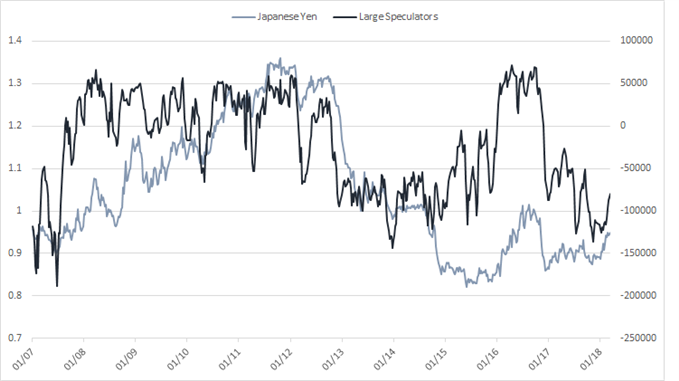 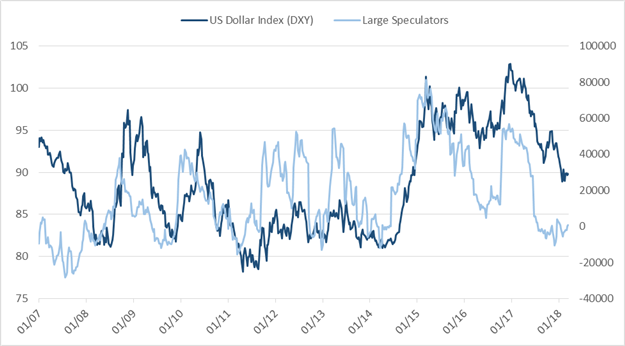 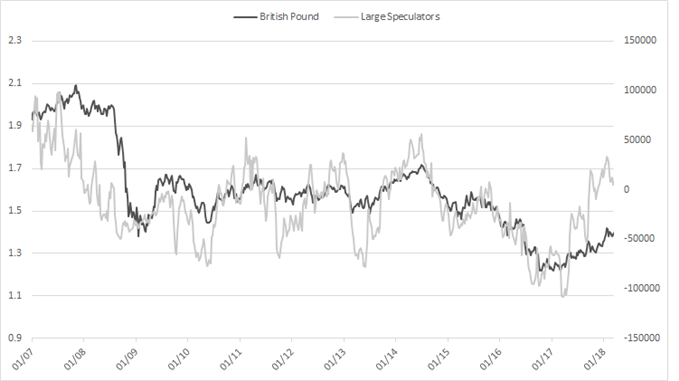 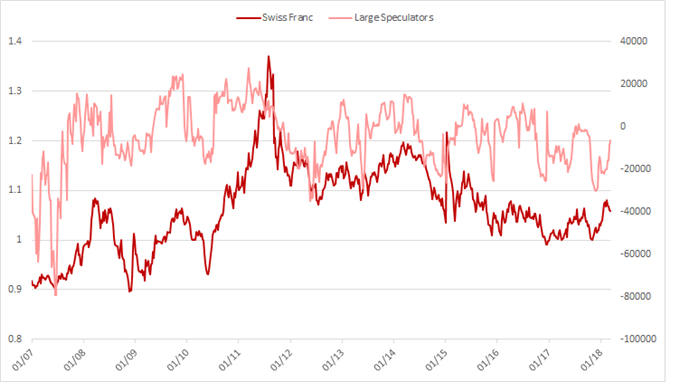 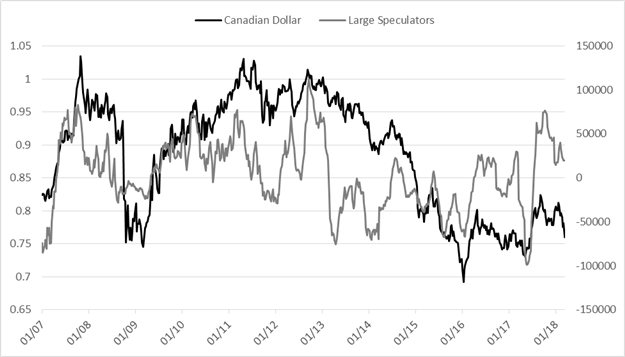 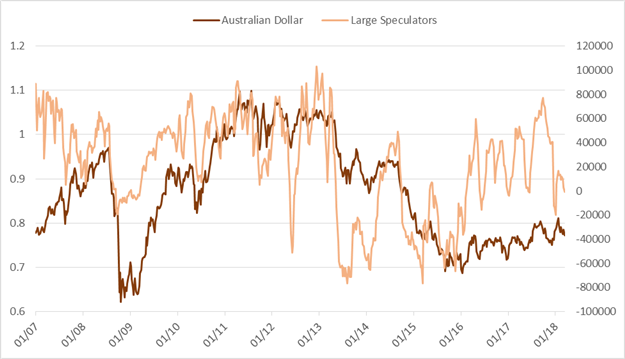 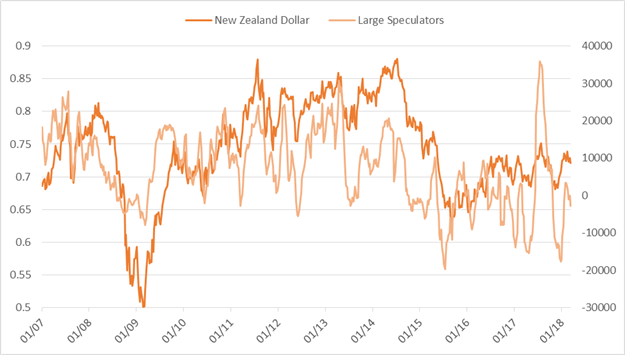 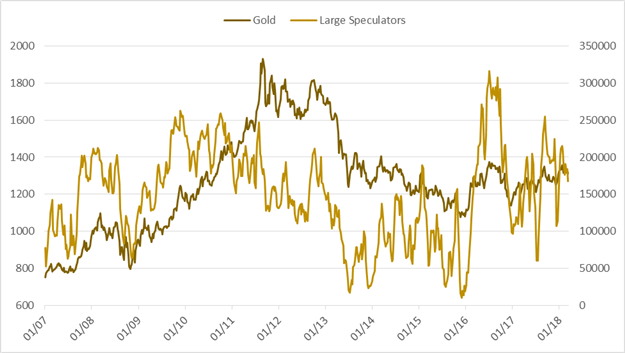 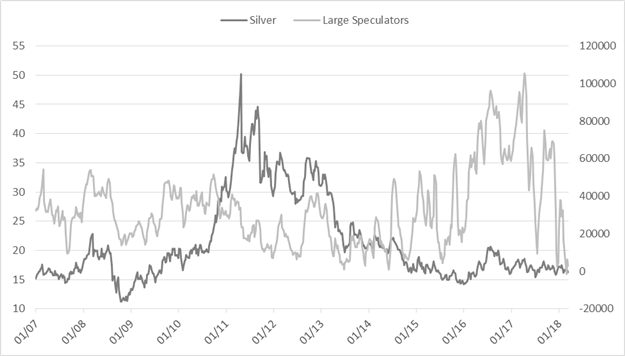 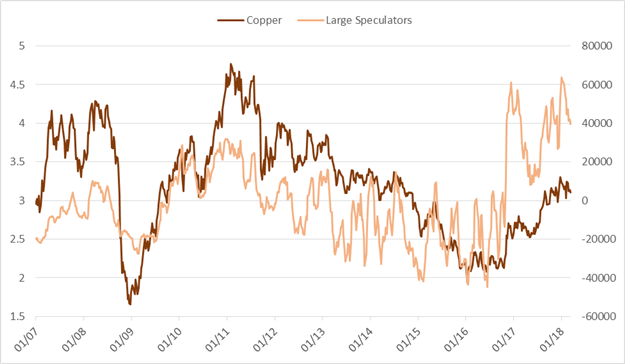 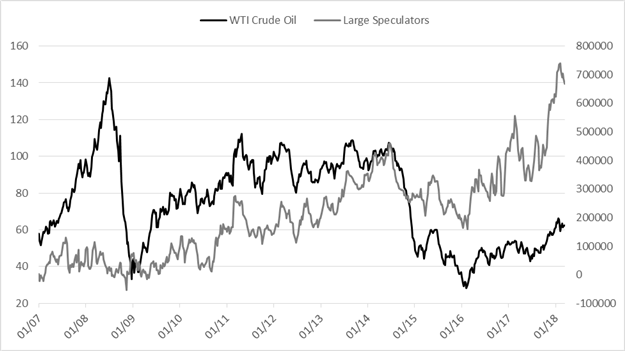 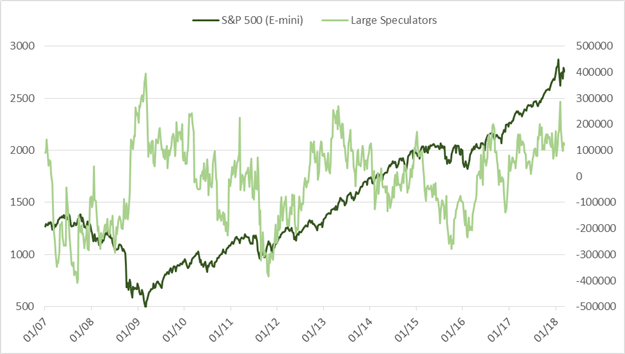 Why It’s So Hard to Replace Libor: QuickTake