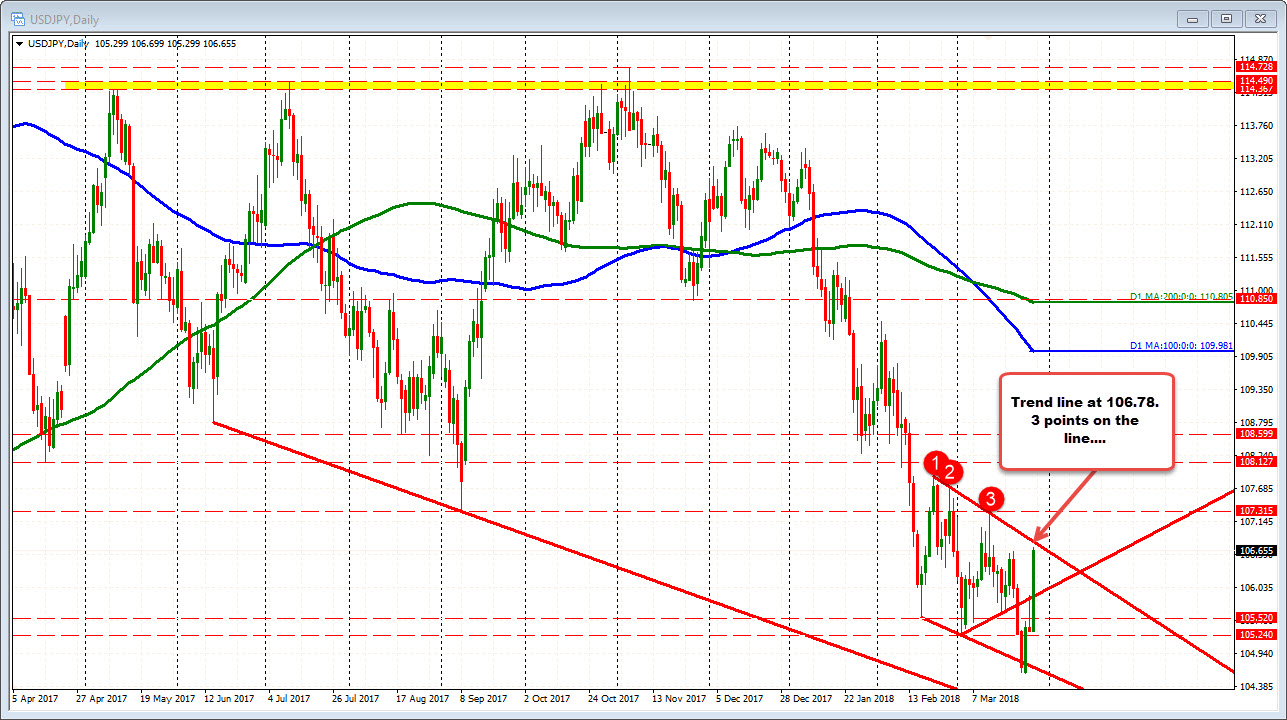 The stocks are volatile, but the USDJPY is not acting like the “flight to the relative safety of the JPY” hedge, that tends to be a norm in bearish stock times.

The USDJPY just shot higher and looks toward the topside trend line on the daily chart at 106.80.

From earlier posts, the pair had a bunch of trend line intersections at 106.40 area. That was broken and has helped the bias. 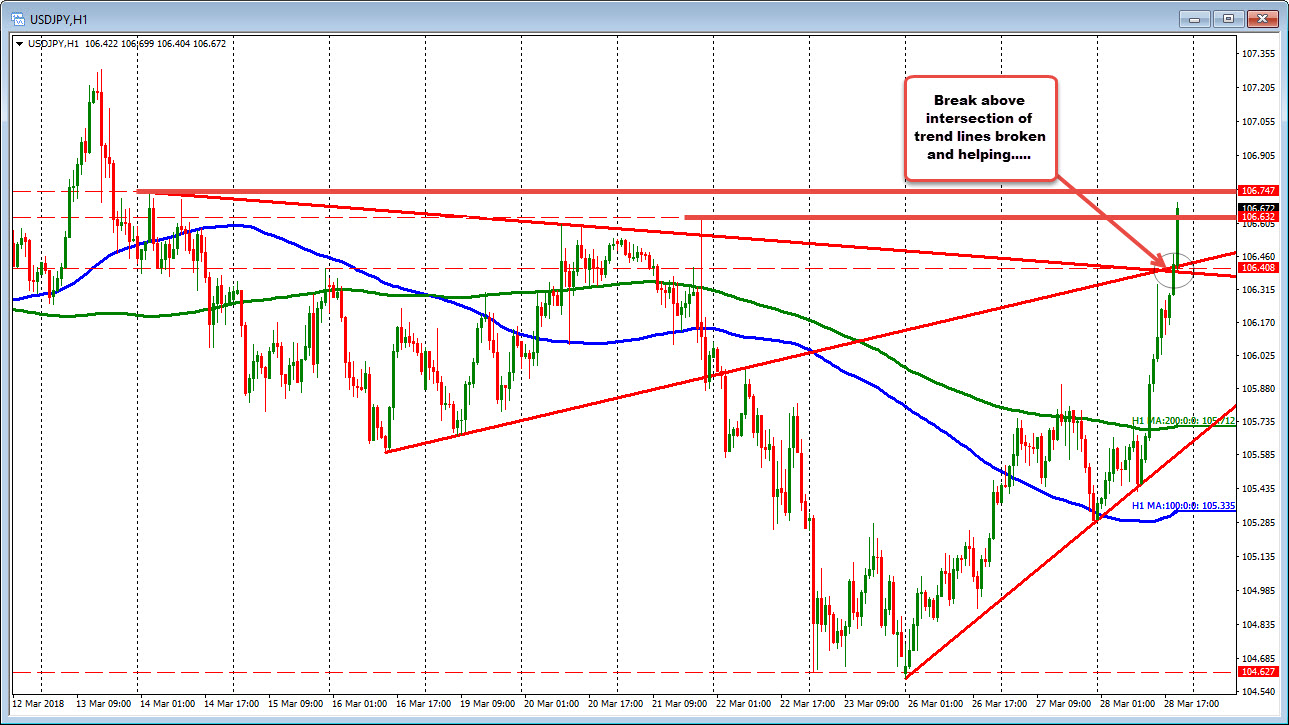 Does the USDJPY know something, or is it a technical play above the 106.40 area?  If it is a fake move look to sell on the test of the daily trend line with a stop above.

Alternatively, if you like it, the 106.40 is a risk defining level now.  A move back below would not be something you would want to see.