The US Dollar recently gained massively against the Mexican Peso. That occurred mainly due to the political turmoil around the Mexican Presidential election, which caused a sudden fall in the value of the Peso.

However, the surge was stopped by a resistance line of a speculated ascending channel pattern at the 18.50 mark. Although, the psychological significance of this level might also have played a role.

Due to that reason a descent should be expected. However, the pair is set to face the support of the 200-period SMA and the monthly PP, respectively, at 18.41 and 18.45. 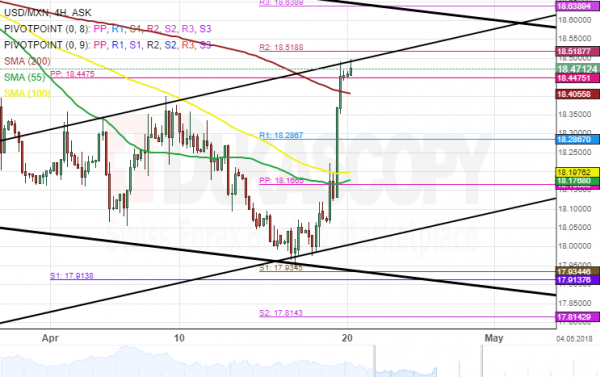 Weekly Economic and Financial Commentary: A Rosy Week of Data, Spring Is in...