Trading the Canadian dollar this week is like trying to juggle five balls at once.

That’s a tough equation to solve. You can’t fight domestic data and the potential for higher rates, but would Poloz hike into a trade war? But what if there’s a NAFTA agreement?

Technically, yesterday’s low is the key short-term support level at 1.2819 followed by the March low at 1.2800.

In the longer-term, it looks like a head-and-shoulders top could be shaping up. But it’s early. 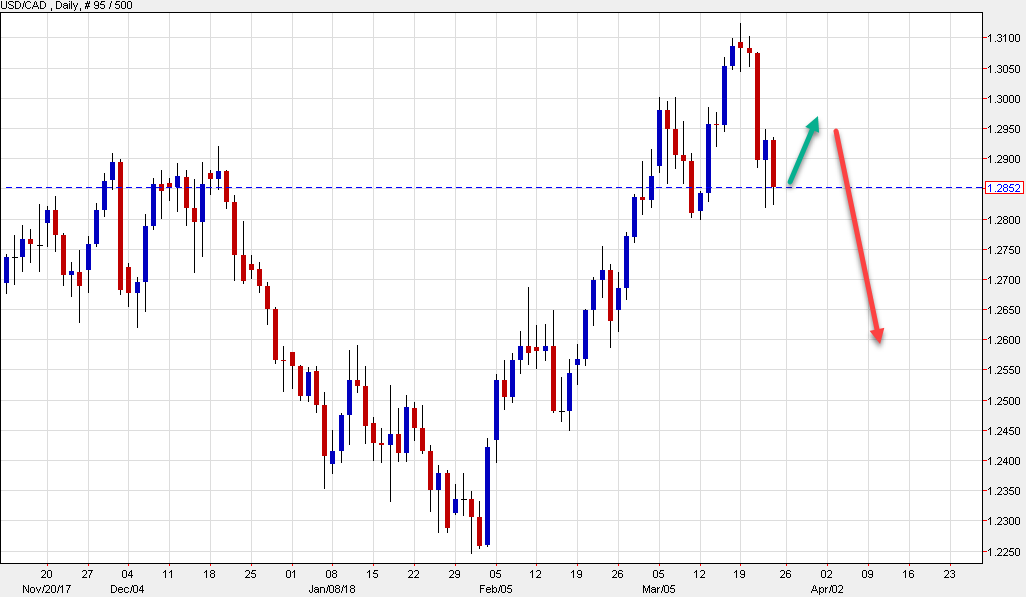 I spoke to Reuters about the Canadian dollar yesterday.

Ireland’s Varadkar says it’s up to the UK to come up with Irish...

Fed’s Kaplan: US economy will post strong growth in 2018
Scroll to top