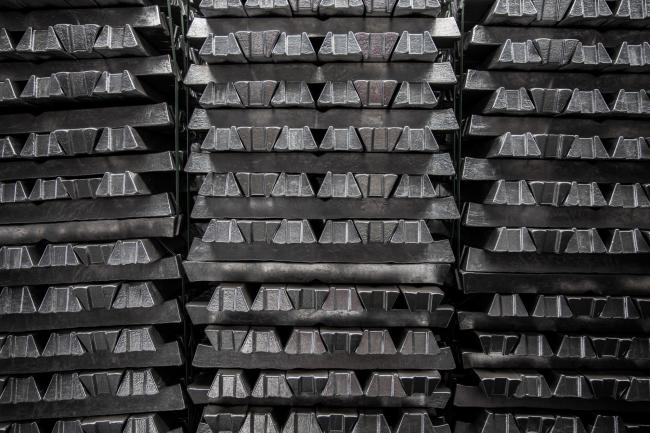 © Bloomberg. Bound aluminum ingots sit stacked in a warehouse ahead of shipping at the Alumetal Group Hungary Kft. aluminium processing plant in Komarom, Hungary on Monday, March 19, 2018. The European Union believes it’s on track to be exempted from imminent U.S. tariffs on foreign steel and aluminium, dialling down the risk of a trans-Atlantic trade war.

(Bloomberg) — Move over Russia, Ukraine and Saudi Arabia. The U.S. looks set to join the group of countries embroiled in disputes at the World Trade Organization involving curbs imposed on national-security grounds.

China said it would complain to the WTO about U.S. President Donald Trump’s import tariffs on steel and aluminum after failing to win an exclusion, which Washington gave to others such as Canada, Australia and the 28-nation EU. The U.S. levies stem from probes by Commerce Secretary Wilbur Ross under a little-used part of a Cold War-era American law.

The Geneva-based WTO has never ruled on a dispute involving trade restrictions justified on national-security grounds and has never had a case centering on steel and national security. A legal fight over Trump’s metal tariffs could shake the global commercial order, according to Robert Zoellick, who served as U.S. trade chief under President George W. Bush.

“Here’s the risk: The WTO decides, well, the EU or whoever brings action is right, this isn’t really national security,” Zoellick said in Brussels earlier this month. “But then what happens when Wilbur Ross or somebody else says ‘wait a minute. Those people in Geneva can decide what is in America’s national security? Should we be part of the WTO?’ Or, the reverse, the WTO says ‘well, we let countries decide their own national security.’ Then you’ve created a very big loophole.”

Four national-security cases are currently working their way through the WTO’s complaints system. Two involve Russia and Ukraine, which have imposed commercial curbs on each other as the Ukrainian government battles rebels in the eastern part of the country, and the other two unite the United Arab Emirates and Saudi Arabia in defending an embargo against neighboring Qatar after allegations it supports terrorist groups.

Article 21 of the General Agreement on Tariffs and Trade — the WTO’s less-muscular predecessor for almost 50 years until 1994 — is included in the current rules. The provision says that nothing can “prevent any contracting party from taking any action which it considers necessary for the protection of its essential security interests.”

The article then offers three specifications relating to nuclear materials, arms trafficking and “war or other emergency in international relations.”

In 1962, U.S. President John Kennedy’s administration invoked the security exception when imposing a trade embargo against Cuba in the run-up to the Cuban missile crisis. In the mid-1980s, the administration of then President Ronald Reagan invoked Article 21 to justify a ban on U.S. trade with Nicaragua (part of Reagan’s anti-communist policy to isolate the Sandinista regime running the Central American country).

The issue arose again in 1996 when the EU challenged extraterritorial aspects of the U.S. Helms-Burton Act tightening sanctions against Cuba.

The Trump administration has claimed the WTO has no authority to rule on matters related to national security. Such a U.S. reaction to China’s planned complaint could encourage other countries to try to exploit a perceived national-security loophole and provoke a wave of trade protectionism.

Will Trump Turn His Trade Guns on the WTO?: QuickTake Q&A

As a candidate, Trump said the WTO was a “disaster” and threatened to withdraw the U.S. from the organization. He has already frozen years of talks on a trans-Atlantic market-opening agreement, pulled out of a trans-Pacific trade accord and demanded changes to a 24-year-old commercial pact among the U.S., Canada and Mexico. That has left European policy makers defending the liberal economic order.

The Trump administration is keeping up the pressure on the countries exempted from the metal-import tariffs, pledging to review the waiver by May 1. A more permanent exclusion will depend on the status of “discussions of satisfactory long-term alternative means to address the threatened impairment to U.S. national security,” the White House said.

“These guys are playing hard ball,” Zoellick said. “And that goes to the core question of how will the international system operate if the United States is no longer playing a systemic role.”