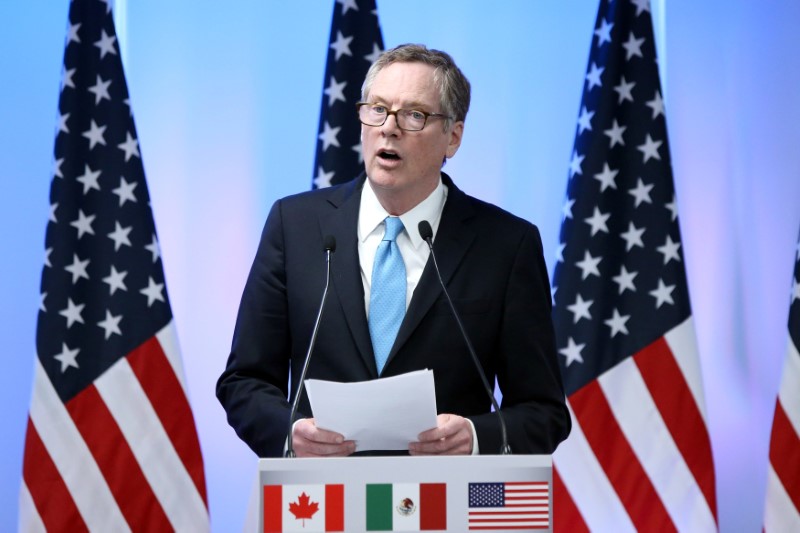 (Bloomberg) — The Trump administration is hopeful it can reach agreement in principle on a new North American Free Trade Agreement “in the next little bit,” the president’s top trade negotiator said as the U.S. touted a new accord with South Korea.

“I’m hopeful,” U.S. Trade Representative Robert Lighthizer said in an interview Wednesday on CNBC television. “If there’s a real effort made to try to close out and to compromise and do some of the things we all know we should do, I’m optimistic we can get something done in principle in the next little bit.”

However, Lighthizer cautioned that there’s a “short window” to clinch a deal because of “elections,” a likely reference to a presidential vote in Mexico in July and U.S. midterm congressional elections in November.

Politicians from the U.S., Canada and Mexico are showing increasing optimism they can reach a deal as negotiators prepare for what would be the eight round of talks, expected to get underway next month in Washington.

The U.S. this week confirmed it has reached agreement in principle on a revised free-trade agreement with South Korea. Under the revamped deal, U.S. automakers will gain greater access to the South Korean market. The two countries are also working on a related agreement on currency manipulation aimed at securing Seoul’s commitment to avoid competitive devaluations of its currency.

Mexico and Canada have so far balked at contentious proposals by the U.S. designed to “rebalance” trade flows on the continent, including tighter restrictions on regional content in cars and rules on procurement that favor the U.S.