Blog - Latest News
You are here: Home / latest_news / U.K. and EU Are Said to Agree to Intensive Talks on Irish Border 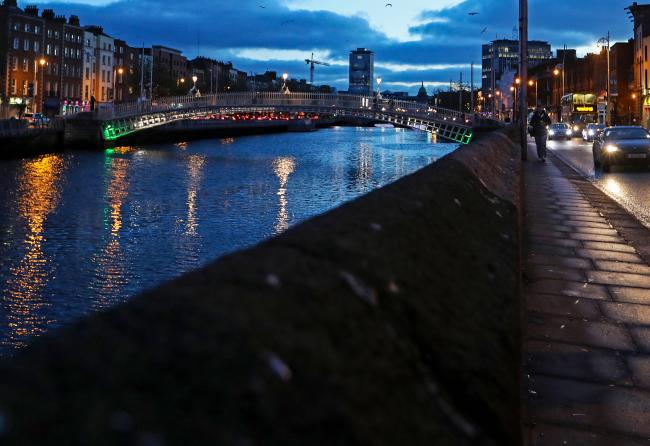 © Bloomberg. The River Liffey flows beneath the Ha’penny bridge in Dublin, Ireland, on Thursday, Nov. 24, 2016. Irish ministers and executives are closely monitoring economic and market developments in the U.K. because the country is Irelandâs largest trading partner along with the U.S.

(Bloomberg) — Brexit negotiators will hold a month of intensive talks aimed at ending the deadlock over how to police the Irish border when the U.K. leaves the European Union.

A dedicated new strand in the negotiations — which will involve the U.K, the European Commission and the Irish government — will get under way on March 26 and last until April 18, officials familiar with the plans said.

The process is designed to reach a deal on how to overcome one of the thorniest problems in the Brexit negotiating process — how to avoid a hard border and the infrastructure of customs checks at the frontier between the Republic of Ireland and Northern Ireland.

The issue almost derailed negotiations in December and Prime Minister Theresa May has warned she will never sign up to the EU’s plan, which is to keep Northern Ireland in a customs union with the bloc, while the rest of the U.K. leaves.

Speaking on condition of anonymity, officials said the meetings will be held between the U.K. and the European Commission, with Irish government representatives likely to be present for discussions on cross-border co-operation and practical details.

Senior Brexit negotiators held a preliminary meeting to map out the process on Wednesday, according to dates published on the U.K. government website.

The U.K. Brexit department didn’t immediately respond to a request for comment.