Blog - Latest News
You are here: Home / Cryptocurrency News / Twitter will be the next to ban cryptocurrency ads – report

It was a volatile weekend for Bitcoin as it fell more than 10% only to pare most of its losses. It fell as low as $7386 yesterday but is nearly $100 off the lows.

Yeterday, Sky News reports that Twitter will update its advertising policy in the next two weeks and will ban initial coin offerings, token sales, and cryptocurrency wallets globally and may ban adds for nearly all exchanges.

Ultimately, Twitter has only a tiny fraction of the advertising market so this is a drop in the bucket compared to Google’s recent announcement that it will ban the ads. 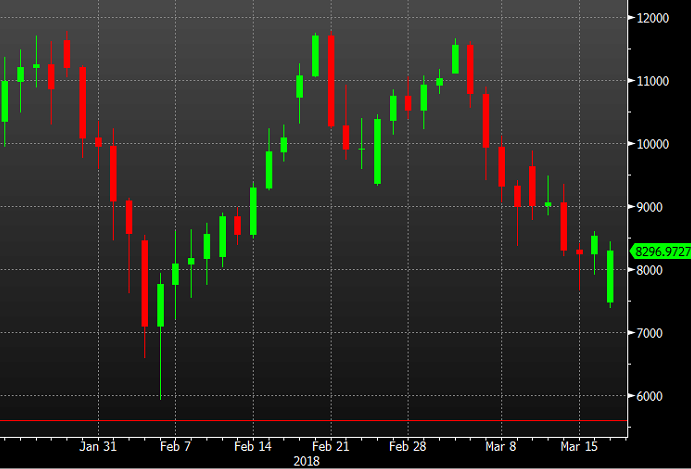 The G20 this week will also be touching on crypto regulation.