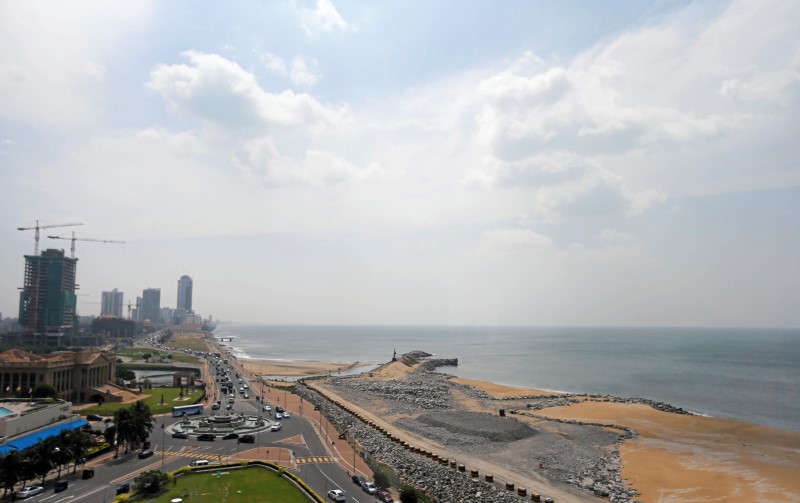 (Bloomberg) — The first salvo in President Donald Trump’s trade war isn’t being heard too loudly in Sri Lanka’s capital, where cranes tower over Chinese-funded construction projects across the capital.

Despite new tariffs and talk of an all-out dispute, a senior adviser to Sri Lanka’s finance minister said during an interview in Colombo that he isn’t too worried.

“I don’t think there’s a lot of probability being placed on the possibility of it going into an out-and-out, global scale trade war,” said Deshal de Mel, an economic advisor in the finance ministry. “The rhetoric and the actuality in terms of policy — there will probably be a fairly significant gap.”

Far from obsessing about the supposed death of the liberal trading order, Sri Lanka is striking deals on its own. In January, it signed a free trade agreement with Singapore that includes investment and services. And it’s currently negotiating a trade pact with China, its largest trading partner. Sri Lanka also hopes to conclude negotiations on an expanded trade deal with its much larger neighbor India in about a year’s time, de Mel said.

Sri Lanka’s biggest trading partner is China at $4.5 billion, followed by India at $4.4 billion and the U.S. at $3.3 billion. Because the U.S. is Sri Lanka’s largest export market, mainly for apparel, Washington runs a deficit of nearly $2.3 billion with Colombo, according to Bloomberg data.

The one risk to Sri Lanka is that the trade rhetoric hardens and the United States raises tariffs in other areas. If the U.S. raised tariffs on apparel, a key export for this South Asian nation, that would be “problematic,” de Mel said.

“If it continues expanding and proliferating into other products, then certainly it could be of material interest to Sri Lanka,” he said, adding that’s unlikely to happen. “Sri Lanka’s not expecting too much to see major challenges to our key globally exported products right now.”