Markets moved sideways this week, rising in the first half and sliding thereafter, even as energy stocks rallied. Still, there was no shortage of economic data and Fed speeches, giving investors plenty of news to digest.

For its part, economic data surprised to the upside. After three lackluster months, retail sales jumped 0.6% in March and the core measure rose by 0.4%, beating market expectations. March was the first full month where taxpayers would have felt the impact of tax cuts on their paychecks, raising the bar for retail sales. This week’s report did not disappoint. Consumers responded to higher after-tax income by ramping up spending on most categories of products, particularly on discretionary and big-ticket items, such as autos, furniture, electronics & appliances, as well as at online retailers. While the strong print in March comes a little too late to save first quarter consumer spending, it sets up second quarter for a healthy rebound, with consumer spending likely to grow around 3%.

Housing starts also posted a decent rebound in March, rising by 1.9%. However, details were slightly softer than suggested by the headline. The gain was concentrated in the volatile multi-family segment, while single-family starts declined. For the first quarter as a whole, homebuilding has outperformed our expectations; however, it remains low relative to underlying demand and history. Even though economic fundamentals remain strong, a shortage of workers, available building lots, as well as risings costs of labor and materials continue to weigh on homebuilding activity. These headwinds are contributing to tight inventory of houses on the market.

Rising inflationary pressures also stood out prominently in the latest Federal Reserve Beige Book. Businesses reported rising steel prices in the aftermath of the tariff announcement. Prices for building materials, such as lumber, drywall, and concrete, also continued to rise briskly. Transportation costs, meanwhile, increased on the back of higher fuel prices, with oil prices rising to the highest level in more than three years this week. Labor shortages were also reported across a wide range of industries and skills. All in all, businesses are increasingly facing rising input costs for both labor and raw materials, and with declining unemployment, strong economic growth and the risk of further tariffs, this trend looks set to continue. It is likely only a matter of time before companies pass these higher costs onto consumers, ultimately pushing inflation higher.

Nonetheless, this week’s many Fed speakers downplayed the need for faster rate hikes. New York Fed President William Dudley said that the case for “tightening policy more aggressively is not compelling”. Meanwhile, Federal Reserve Vice Chair Randal Quarles said that he didn’t view recent flattening of the yield curve as a signal of an imminent recession. This suggests that the Fed remains on track (but not in a hurry) for continued gradual interest rate normalization. 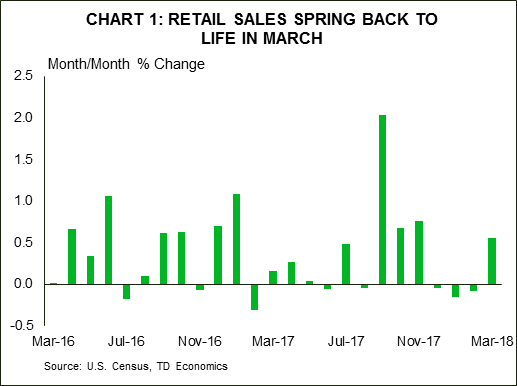 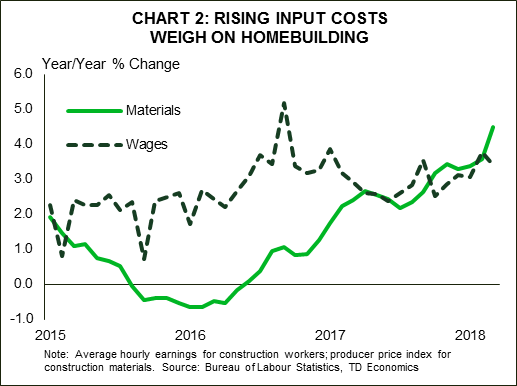 To little surprise, the Bank of Canada left its overnight interest rate unchanged at 1.25% this week. The Bank’s statement was more upbeat on global economic prospects, but maintained its caution around the negative impact of trade conflicts and geopolitical risks.

The most notable element of the announcement and accompanying Monetary Policy Report (MPR) was the upgrade to the Bank’s estimate of Canada’s economic potential (by 0.4 percentage points over the next two years). As Governor Poloz described it in his press conference, the increase implies that the economy has more room than previously thought for demand to run before putting upward pressure on inflation. Indeed, as a result of the upgrade, the Bank moved its estimate of the “output gap” down by 0.5 percentage points, from mostly positive (excess demand) territory (range of -0.25% to +0.75%) to mostly negative (range of -0.75% to +0.25%).

Ironically perhaps, the Bank also raised its forecast for inflation in 2018 to 2.3% (from 2.0%) chalking the upgrade to the replacement of diminishing headwinds from electricity and food prices to tailwinds from higher gasoline prices and minimum wages. The move above the mid-point of the Bank’s inflation target range (to 2.3% in 2018) is not expected to last long, with inflation anticipated to move back to 2.1% in 2019 as these temporary factors fade.

In the event, inflation data, which was released on Friday, following the Bank’s announcement, came in soft in March, with the headline rate at 2.3% (consensus: 2.4%) and the average of the Bank of Canada’s core measures remaining flat at 2.0% (Chart 1). Outside of energy prices, which look set to continue putting upward pressure on headline inflation given recent gains in oil, price growth was fairly tepid in March.

Of course, as it has for some time, future policy decisions will depend on the evolution of economic data. On that front, the data flow this week suggest some upside to the Bank’s relatively dreary outlook for the first quarter. The MPR downgraded its forecast for real GDP growth in Q1 to just 1.3% (from 2.5% in January). While high frequency data certainly softened at the tail end of 2017 and beginning of 2018, it looks to have rebounded in February. Indeed, manufacturing sales volumes were up a robust 2.0% in the month, while retail sales volumes rose 0.3%. (Chart 2). Strong gains in the auto sector were the main story for both data points.

The same upside was apparent in first quarter construction data, which showed decent broad-based gains and looks to offset some of the weakness in residential investment attributable to the sharp drop in existing sales activity in the quarter.

Taken together, this suggests that economic growth may not be quite as soft as the Bank’s updated estimate. Even more, the data support the notion that growth will rebound convincingly in the second quarter, something the data-dependent central bank is looking to see for confirmation that further increases in its key interest rate are warranted. On balance this supports the case for at least one more hike this year, which we expect to come in July. 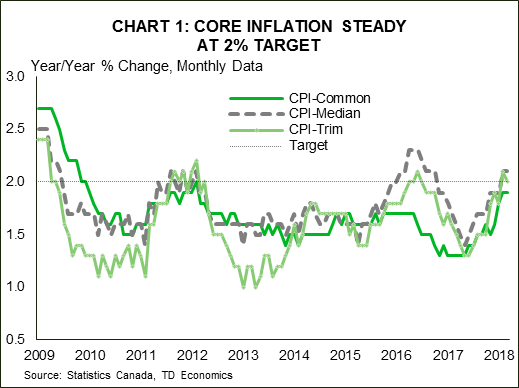 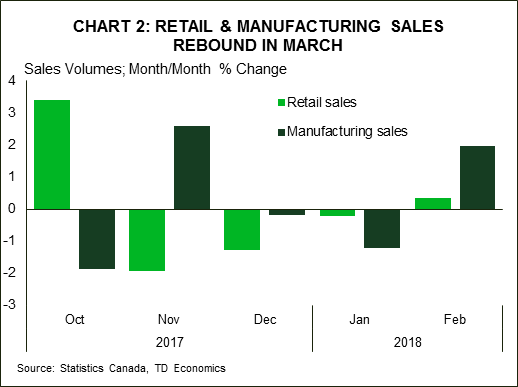 We expect the advance estimate to confirm another disappointing Q1 near an on-trend pace of 1.6%. The main source of weakness is consumer spending (1.1%) but trade will also be a drag. On a positive note, business investment should post a sizeable increase. The latter, along with residual seasonality considerations, should allow markets to look through any disappointment. 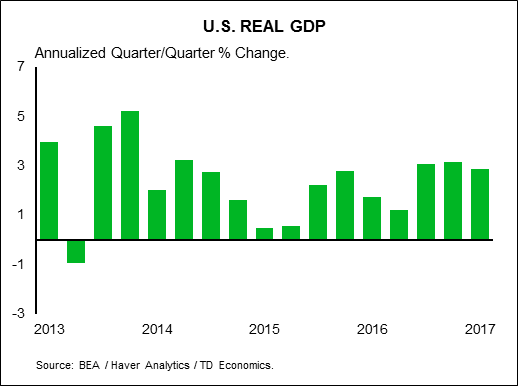 Weekly Economic and Financial Commentary: A Rosy Week of Data, Spring Is in...
Scroll to top