Blog - Latest News
You are here: Home / Technical Analysis / The USDJPY runs higher and comes back down. Support better hold…

The USDJPY did shoot higher and in the process moved above the the 108.99 (call it 109 level – see green numbered circles). That is bullish and the price moved to 109.19.

However, the price has moved back down to retest the 108.99 level. A broken trend line is at 108.90. That area better hold support or I am afraid the lateday buyers will be disappointed in the move. 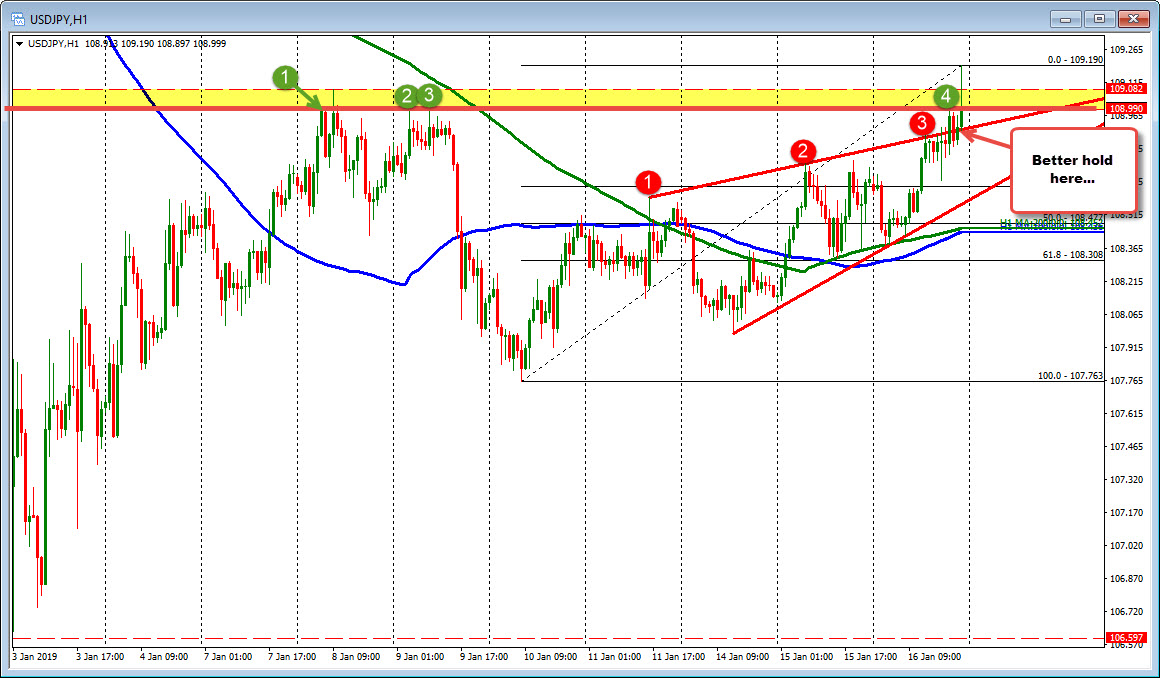 The USDJPY has had its share of failed breaks today.. Earlier the price moved above the topside trend line (after red circle 3) and then fell 24 pips lower after that move higher failed.

Then the fall was retraced back higher but stalled at the 108.99 level.

This break saw buyers jump in again and come back down.  So there is some anxiiety from  the price action today. So far, however, the dip is holding near the 108.99 level. Maybe, this one will keep the bullish bias (and run higher) alive.

A ho-hum day in stocks. Dow leads but most of gain thanks to Goldman Sachs
Scroll to top