Blog - Latest News
You are here: Home / Technical Analysis / The NZDUSD is higher on the dollar selling with the RBNZ up next.

The presser from Chair Powell is over. The dollar moved lower. That included the dollars move against the NZD. 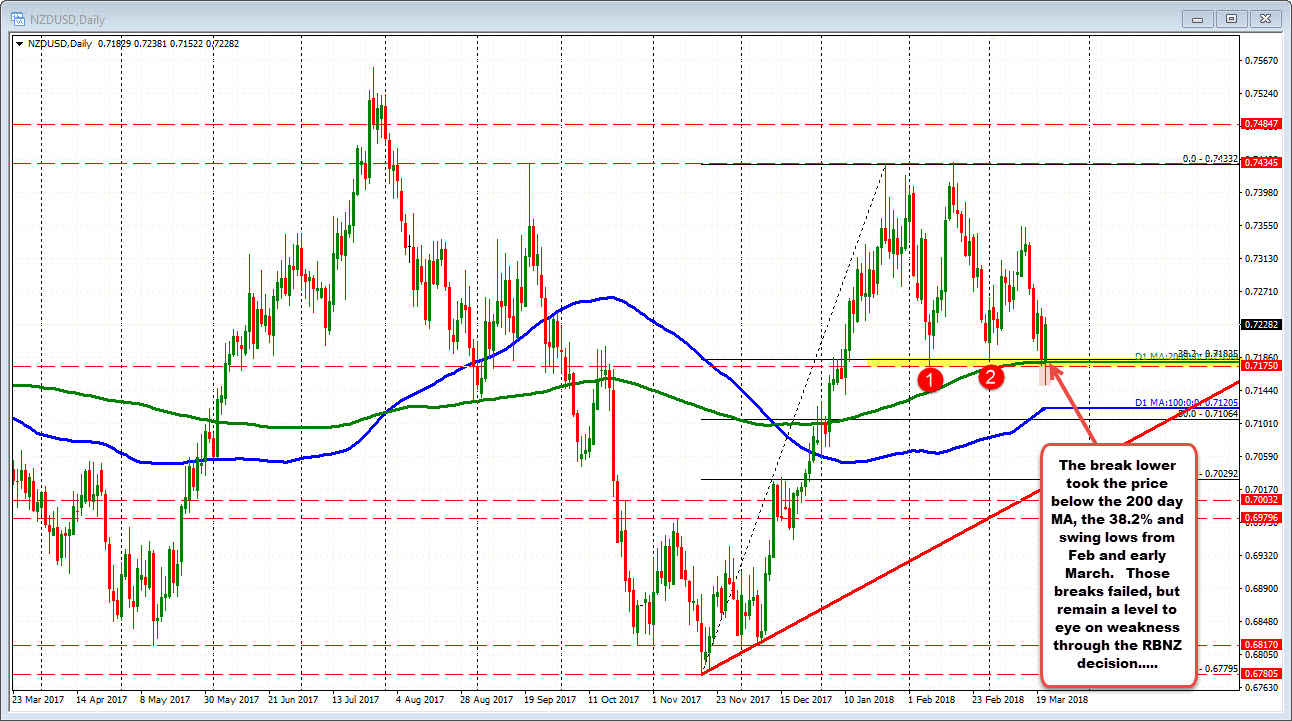 That pair moved sharply higher through his speech. Seeing the pair traded at the lowest level since January 10th and also traded below the 200 day MA for the first times since January 4th yesterday and today, the rebound has left those breaks in the rear view mirror (see daily chart above).  PS/ the price also moved below the 38.2% and the swing lows from February and early March.  That area at 0.7175-83 was a key level. The break failed.

Maybe it is a good thing too, as the RBNZ rate decision is forthcoming at the top of the hour. They are expected to keep rates unchanged at 1.75%.

Technically, aforementioned support at the 0.7175-83 remains a key technical level through the RBNZ decision.  With the failure on the break lower today, I would expect that the area to attract buyers on a dip (with stops on a break).  The market tends not to like when a key level is broken and then snaps back.  It leaves a bad taste in the mouth of traders and that manifests itself with using the level as a level to lean against (again).

Drilling to the hourly chart, the run back higher has cracked some other levels on the upside including the 100 hour MA at 0.7216 and the underside of a broken trend line at 0.7203. Those levels will be eyed as an interim support levels (above the 200 day MA and all the other stuff from the daily chart).

On the topside, the 50% of the recent move down comes in at 0.75528. Above that the 200 hour MA comes in at 0.72653. Those are the key targets.  Those levels, if broken above, would be more bullish technically as the most recent run down, is reversed even more.

Up on Monday. Corrects on Tuesday. Up today. GBPUSD pushes back to month hi...