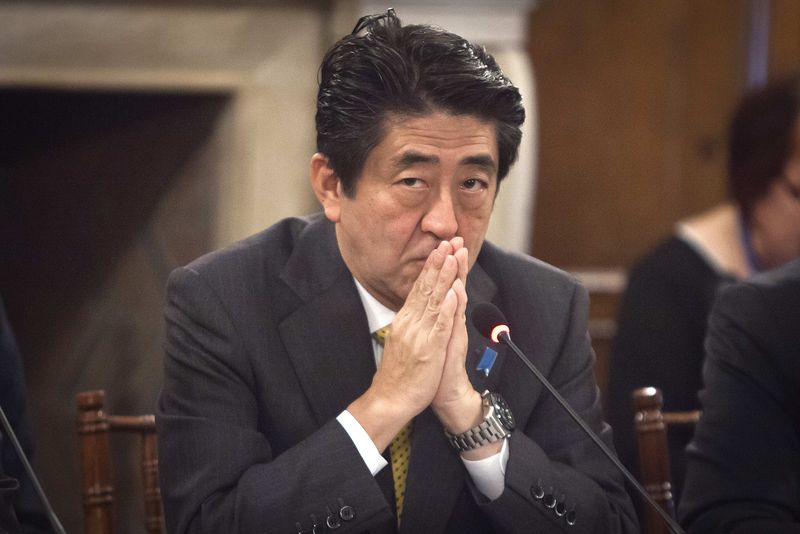 (Bloomberg) — Support for Japanese Prime Minister Shinzo Abe fell to a new low in a poll published Monday, as a series of scandals continued to weigh on his government’s credibility.

A survey by TV news network ANN put his approval rating at 29 percent, the lowest since he took office in 2012 and down 3.6 percentage points on its previous poll. Thirty-eight percent said he should resign when his term as party leader ends in September, while 23 percent said he should step down immediately. Two other polls also showed support continuing to slide.

Scandals over alleged cronyism, cover-ups and sexual harassment have undermined public confidence in Abe. His slumping ratings are clouding his chances of re-election as Liberal Democratic Party leader in a party election in September, raising uncertainties about the continuation of the unprecedented monetary easing his government and central bank have pursued for more than five years.

While the splintered opposition has little prospect of toppling the LDP in elections over the next few years, six small parties are bidding to hamper Abe’s legislative agenda by boycotting some parliamentary debates. This could further damage his public approval.

Separate polls conducted over the weekend by the Yomiuri and Mainichi newspapers also found approval at 39 percent, and 30 percent respectively. Three-quarters of respondents to the Yomiuri poll said Abe bore “great responsibility” for the scandals, while almost 60 percent of respondents to the Mainichi survey said he should be replaced in September.

The main opposition Constitutional Democratic Party of Japan is seeking the resignation of Finance Minister Taro Aso, whose ministry is connected to two of the recent scandals. About 50 percent of respondents to all three polls said he should step down, but Chief Cabinet Secretary Yoshihide Suga again backed Aso in a news conference Monday.

Maverick to Maverick, Macron to Seek Common Ground With Trump
Scroll to top