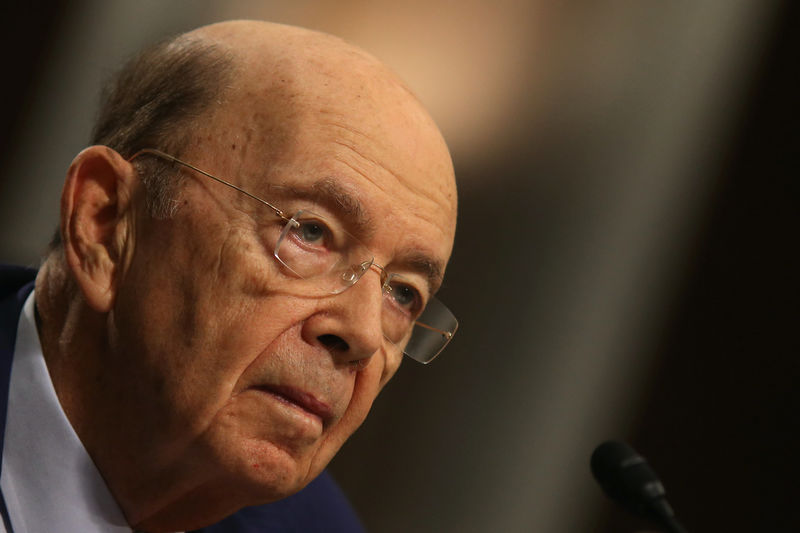 The secretary spoke a day after President Donald Trump sent a tweet ordering the Commerce Department to help get the Chinese telecom equipment maker back into business. His administration earlier this year crippled the company by cutting it off from U.S. suppliers for allegedly violating the terms of a 2017 sanctions settlement, then lying about it.

“ZTE did do some inappropriate things. They’ve admitted to that. The question is, are there alternative remedies to the one that we had originally put forward and that’s the area we will be exploring very, very promptly,” Ross told reporters Monday at the National Press Club in Washington.

He added that he would not be surprised if the subject of ZTE came up in U.S.-China trade talks this week, but “our position has been that’s an enforcement action separate from trade.”

The White House has threatened to slap tariffs on $150 billion of Chinese imports in retaliation for alleged violation of intellectual-property rights, with Beijing pledging to strike back with barriers of its own.

White House spokesman Raj Shah said that Trump asked Ross “to look into” the penalties against ZTE “consistent with applicable laws and regulations.”

Shah added that the issue has “been brought up” on “a number” of levels talks between U.S. And Chinese officials, not just the talks over tariffs.

Ross was part of a U.S. trade delegation that met May 3-4 in Beijing with senior Chinese officials led by Vice Premier Liu He, who is expected to continue discussions in Washington this week.

Describing the differences between the two nations as “wide,” Ross said Trump will be “meticulous ” in honoring his campaign promises including his pledge to make the U.S. relationship with China more fair. He said he hopes that the strong personal relationship between Trump and Xi “will facilitate an agreement.”

The U.S. welcomes trade competition, Ross said, “but we cannot tolerate competition that is based on massive government subsidies and industrial espionage.” He said if the dispute escalates, the Chinese “would run out of targets for tariffs much sooner than we would” and the U.S. economy would withstand any damage Beijing tried to inflict.

“I hope that we can make a fair deal,” Ross said. “But if that does not happen, a trade tit-for-tat will not be economically life threatening to the United States.”