Blog - Latest News
You are here: Home / Forex_news / Ringgit Drops by Most in 18 Months After Mahathir’s Surprise Win 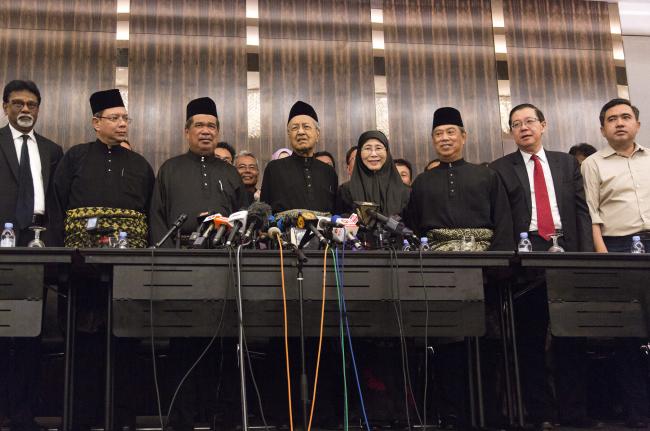 The currency slipped as much as 0.9 percent, the most since November 2016, to 3.9870 at 8:49 a.m. local time. Moody’s Investors Service and Fitch Ratings have warned of risks to the budget if the goods and services tax is abolished and not offset by other revenue-raising measures.

“The key level to watch would still be 4.00,” said Mingze Wu, an FX trader at INTL FCStone in Singapore. “Mahathir said that they will step in if there’s market disorder, hence this stabilized the market somewhat. The only way to calm investors would be to have the new economic road map.”

Mahathir has sought to reassure the markets by appointing a finance minister seen as a safe pair of hands, while saying he would lead a business-friendly administration. While some, including CIMB Group Chairman Nazir Razak, have expressed optimism following the election, other analysts said stocks and the ringgit may decline in the short term until there’s clarity on policies.

“The appointment of Lim Guan Eng as the minister of finance, as well as the formation of the Council of Elders comprising eminent Malaysians to provide advice to the new government was well received in Malaysia,” said Khoon Goh, head of Asia research at Australia & New Zealand Banking Group Ltd. in Singapore. “While there will be near-term uncertainty over the fiscal impact of the new government’s policies, especially abolishing GST and reintroducing targeted fuel subsidies, higher oil prices will provide a boost to government revenues.”

The opposition victory places the nation in uncharted territory, with an untried government. The Pakatan Harapan coalition had campaigned on a promise to scrap a consumption tax within its first 100 days in power, reintroduce gasoline subsidies and review toll road concessions. In a Thursday press conference, Mahathir emphasized his focus on expanding the economy and reducing debt.

Malaysian stocks had risen to a record close in April as global funds invested more than $600 million into local equities this year. The ringgit has benefited from a recovery in crude prices and was the Asia’s best performer over the past year before trading was suspended for the election.

Market watchers expect equities to fall across the board when the stock market reopens, with government-linked companies, benchmark index stocks and infrastructure companies taking the brunt of a selloff. iShares MSCI Malaysia ETF, the biggest exchange-traded fund holding Malaysian stocks, fell 6.2 percent last week. The Bursa Malaysia KLCI Index has corrected by 2.6 percent after it reached a record on April 19.

“Outcome for GE14 is unprecedented and unexpected,” Suhaimi Ilias, an analyst at Maybank Investment Bank wrote in a report dated May 11. “As investors do not like uncertainties, we can expect some sell-off in Malaysia equities.”

Affin Hwang Asset Management Bhd. is expecting a decline of as much as 8 percent in the first few days of trading post-election, while CGS-CIMB Securities lowered its end-2018 target for the benchmark index. UOB Kay Hian Holdings Ltd. and Nomura Holdings Inc. are reviewing their views on the main measure and equities. On the flip side, Malayan Banking Bhd. has expressed optimism for financial markets following the election.