Blog - Latest News
You are here: Home / Forex_news / Rand Bears Keep Rushing for the Exits Even as Rate Cut Looms 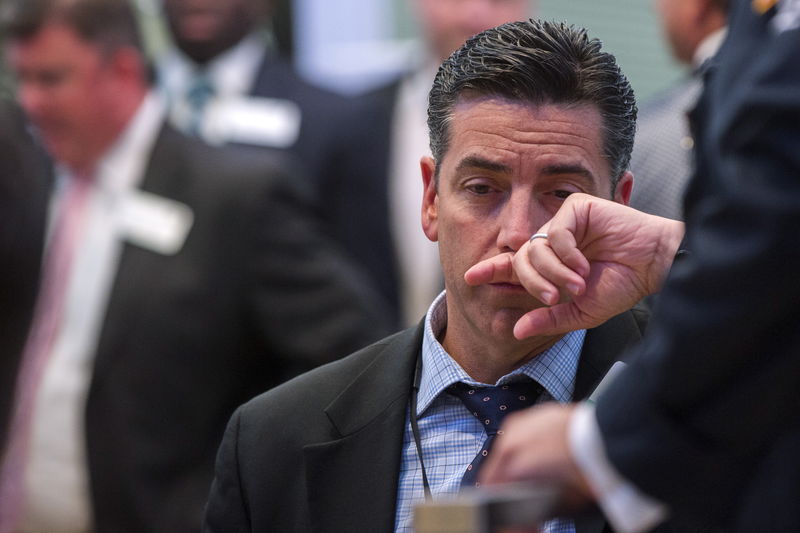 © Reuters. Rand Bears Keep Rushing for the Exits Even as Rate Cut Looms

(Bloomberg) — Economists are predicting a South African rate cut on Wednesday. The market’s pricing in another later this year. Rand traders, it seems, couldn’t care less.

Bearish bets on South Africa’s currency versus the dollar are at the lowest level since before the 2008 financial crisis, even with the South African Reserve Bank poised to loosen policy while the Federal Reserve tightens, narrowing the rand’s yield advantage over the greenback.

A glance at the following chart shows why. Having escaped a downgrade from Moody’s Investors Service last week, South Africa offers the highest yield among investment-rated emerging-market countries. And yields could go much lower before that pickup disappears.

That would help insulate South Africa from capital outflows as the policy paths of the SARB and Fed diverge, according to Standard Bank Group Ltd. Inflows into South African bonds have reached 16.5 billion rand ($1.4 billion) this year, more than double the 7.2 billion rand in the same period last year, according to Johannesburg Stock Exchange data.

“As long as our inflation premium is sufficient in a disinflationary environment and the South African Reserve Bank anchors rates, we should be able to withstand any foreign selling of bonds,” said Zaakirah Ismail, a Johannesburg-based fixed-income analyst at Standard Bank.

South Africa’s consumer inflation rate slowed to 4 percent in February, from 4.4 percent the month before, and has been within the central bank’s 3 percent to 6 percent target range since April last year. Policy makers will cut the benchmark repo rate by 25 basis points to 6.5 percent on Wednesday, according to 12 out of 16 economists surveyed by Bloomberg.

After securing its investment grade rating from Moody’s, which lifted its outlook to stable from negative, the threat of an exit from Citigroup Inc (NYSE:).’s World Government Bond Index has also receded, giving investors who track the index confidence to hold the debt.