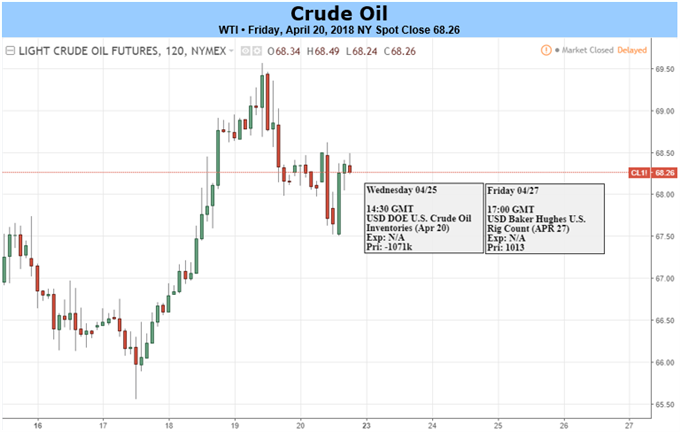 A grab bag of bullish developments met Crude traders last week. While the bear’s focus has undoubtedly been on rising production, reports surfaced that bottlenecks in the Permian basin are developing as the demand is higher than the supply, which is validated by the future’s spreads.

On Friday morning, Trump took to Twitter to blame OPEC for, “artificially Very High” oil prices to which they rightly responded has restored the industry in the US. The comments come ironically, as Trump looks to impose sanctions on Iran, OPEC’s 3rd largest oil producer that could wreak commodity havoc in a similar vein as his sanctions on Russian oligarchs did on the Aluminum market that has risen over 24% since the sanctions were announced on April 6.

Additionally, the API monthly report showed that US petroleum demand in March was at its highest level in over a decade rising from 20m b/d in March 2017 to 20.6m b/d last month. Bullish signals look to be proliferating, and price pullbacks remain shallow making it hard to fade this multi-faceted uptrend in Brent and WTI. Goldman Sachs chimed in saying that global oil demand data so far in 2018 has come in line with their optimistic expectations, with 1Q18 likely to post the strongest YoY growth since 4Q10 at 2.55 million b/d.

Once again, Crude has become the market everyone is discussing! Unlock our forecast here

Wednesday’s EIA report was seen as stepping stone to the weekly high of crude oil as they showed record gasoline products supplied with drawdowns in crude, gasoline and distillates. Another positive component from the report showed a rebound in US exports to nearly 1.8 million bpd that is helping to st0p the bleeding from OPEC’s over-compliance (more on that next) and the collapse in Venezuelan production.

Both the US and OPEC+ group of upstream firms can celebrate and look ahead to a beautiful demon of their own design. We saw this week that US petroleum inventories were below their 5-year average as WTI pushed toward $70/bbl while OPEC revealed at their Joint Technical Meeting in Jeddah that the stockpile surplus that kicked off the production curbs are nearly wiped out.

However, the success of the program that kicked off in January 2017 may be extended beyond what is necessary. Saudi Arabia looks to be targeting $80/bbl of Brent that could help MBS attain his $2T valuation on Saudi Aramco at its anticipated 2019 IPO.

The calendar spread of futures contracts continues to show bullish pressure and a tightening physical market that could continue to support prices further over the coming months. One of the energy market’s most prominent spreads is the Dec18-Dec19 contract difference.

This week, there was a surge in the spread as the spread for the front month minus the futures contact 13 months from now surged to the widest level since June 2014 when Brent was trading near $110/bbl and the specific December 2018 – December 2019 contract spread is the widest since the spread began trading.

The recent boost in Brent Crude Oil took prices above the 38.2% retracement AT $73.09of the 2008-2016 range as prices surged on the easing global supply glut. Now, traders that focus on the charts, or technicians are focusing on the range between $75-$85/bbl on Brent and $70 on WTI. 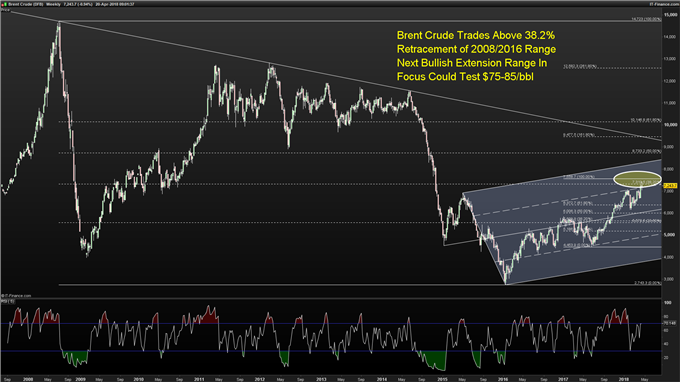 Next Week’s Data Points That May Affect Energy Markets:

The fundamental focal points for the energy market next week: 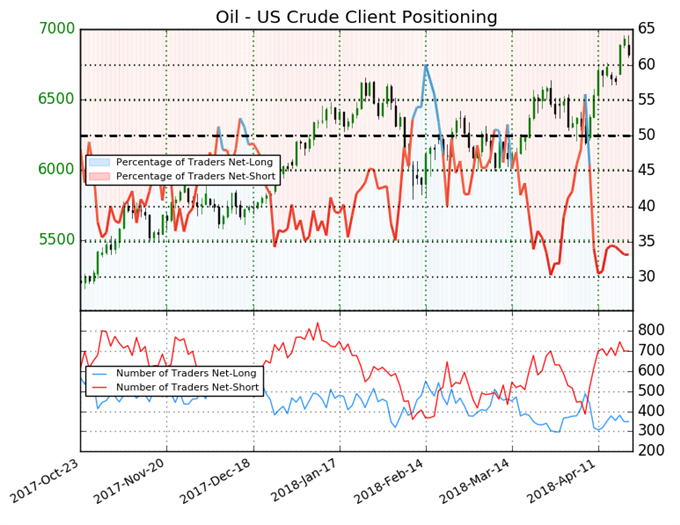 We typically take a contrarian view to crowd sentiment, and the fact traders are net-short suggests Oil – US Crude prices may continue to rise. Positioning is more net-short than yesterday but less net-short from last week. The combination of current sentiment and recent changes gives us a further mixed Oil – US Crude trading bias.

Discuss this or other markets you’re trading with me below!

Tyler Yell is a Chartered Market Technician. Tyler provides Technical analysis that is powered by fundamental factors on key markets as well as t1rading educational resources. Read more of Tyler’s Technical reports via his bio page.

Communicate with Tyler and have your shout below by posting in the comments area. Feel free to include your market views as well.