The NZDUSD on the hourly chart today, did hold some key resistance and crack some key technical levels.  Both solidified the bears – at least for now.

The price action has been up and down of late (like other pairs). So selling today, may lead to buying tomorrow. 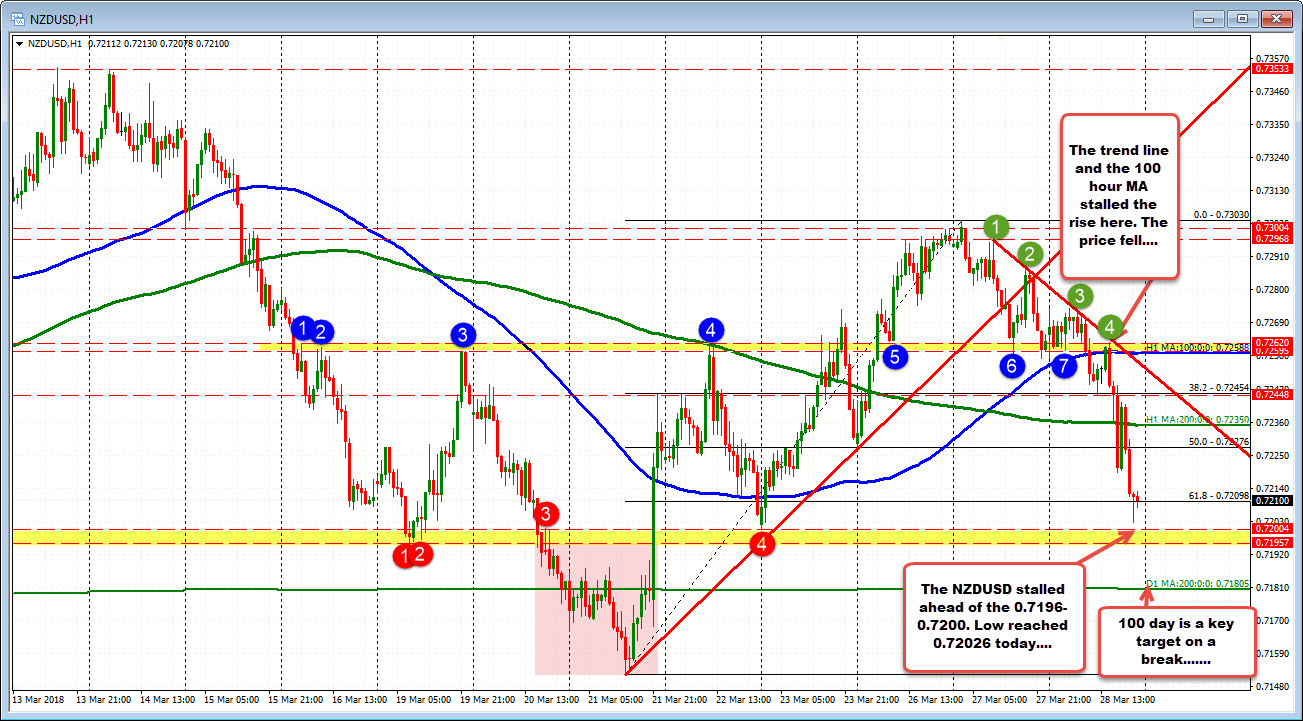 Nevertheless, the risk can be defined and limited and targets in the direction of the recent bias can also be mapped out for confirmation of the moves.

Looking at the hourly chart, the holding of the 0.7259-62 area (upper yellow area) in the NY session (green circle 4), was a key hold. That area included:

The run lower is stalling near the 0.72000 area (lower yellow area). If the price is to continue down, that area needs to be busted. 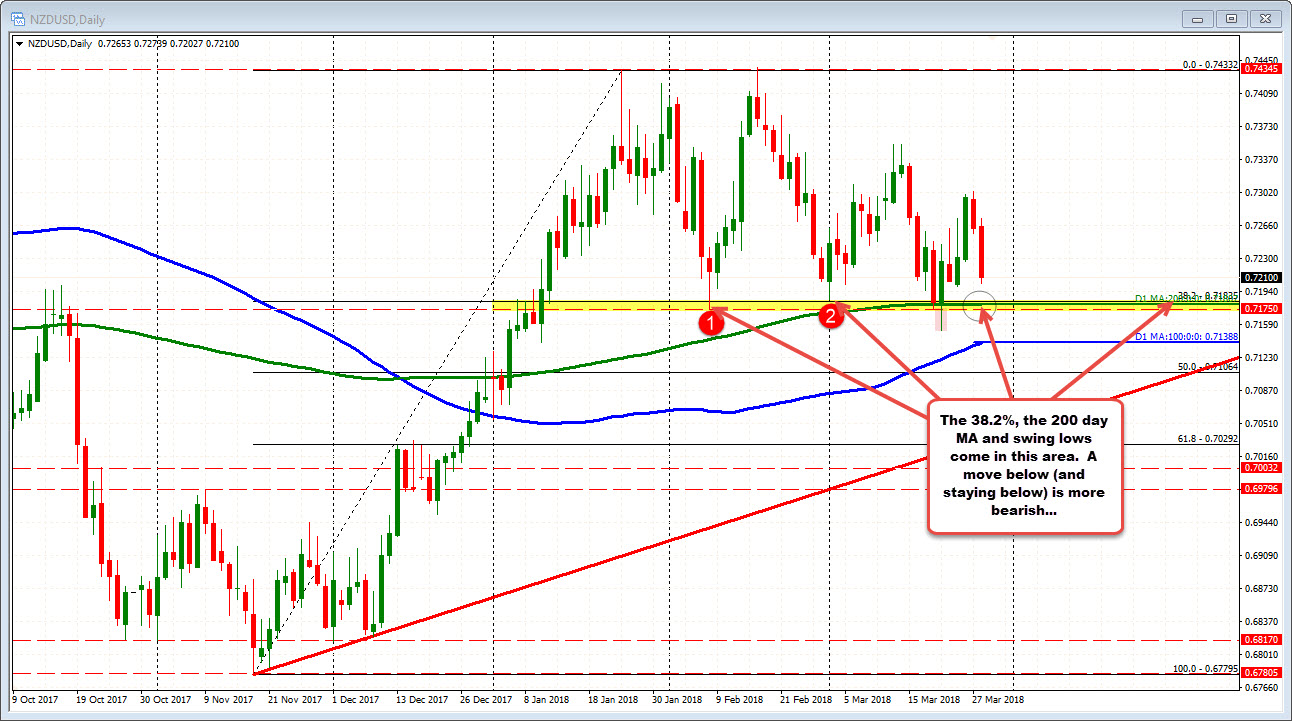 USDJPY not concerned about stocks. Races to new highs.