Blog - Latest News
You are here: Home / Technical Analysis / NZD/USD trades at two-month lows, what next?

The kiwi’s decline was something highlighted last week
here already, and today’s signs are not really encouraging for a bounce back to say the least. 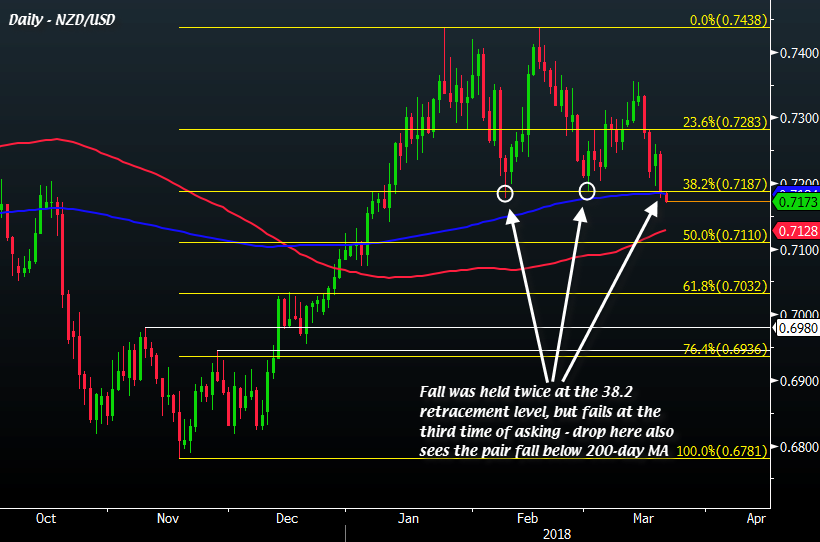 On the daily chart, NZD/USD has broken below the 200-day MA (blue line) but the key break is the one of the 38.2 retracement level @ 0.7187. That level held twice – once in February and once in March, but yesterday’s decline and the follow through so far today sees it fall below the key support level.

Commodities in general are not having a good last couple of weeks and that is still weighing on the kiwi more than anything else. Yesterday’s GDT price auction
results were not very encouraging either.

The pair is going to be hit by a combo of central bank risk in next 16 hours or so as we have the Fed and the RBNZ coming up. The bigger of the two and the most likely to have an impact is of course the Fed, so that will be the next key risk event to watch out for. The RBNZ meeting is expected to be status quo – pretty much a non-event.

Heading into the FOMC – technical analysis on the USD