During the past three months, the New Zealand Dollar has depreciated substantially against the Japanese Yen in a descending channel. The NZD/JPY pair has provided several confirmations on both sides that the rate is likely to continue falling, the latest of which occurred last week.

After reaching the 50.00% Fibonacci retracement level, the exchange rate made a U-turn south and has since remained bearish. This retracement can be measured by connecting the low at 75.94 and the high at 81.57.

Everything being equal, the currency exchange rate is likely to decline further until it finds support cluster set by the weekly S1 and the monthly S1 near the 75.77 area. In addition, technical indicators flash sell signals. 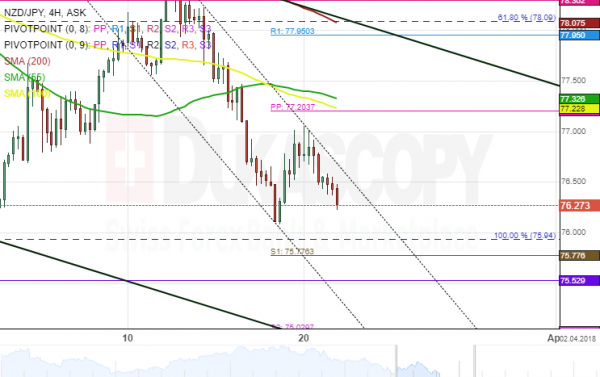