The New Zealand Dollar has been moving in a descending channel against the Swiss Franc since late July 2017. The upper boundary of a dominant channel was tested on July 31 and that was followed by a new wave down.After hitting the 38.20% Fib

onacci retracement level, the NZD/CHF exchange rate took a dive south and has since been trading in a narrow junior channel. This retracement can be measured by connecting the low at 0.6738 and the high at 0.7099.As for n

earest future, bears are likely to grow stronger until it breaches a support cluster set by the 200-hour simple moving average and the weekly S1 at 0.6843 where the lower boundary of the narrow channel is located. 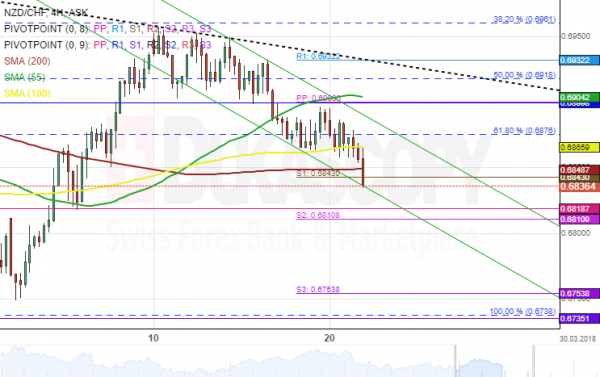