Blog - Latest News
You are here: Home / latest_news / No Need for Japan’s Abe to Resign Just Yet, Party Rival Says 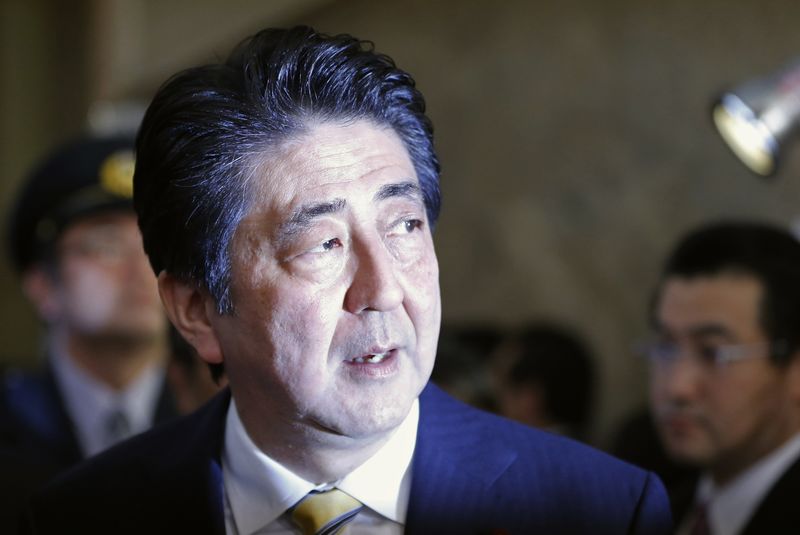 © Reuters. No Need for Japan’s Abe to Resign Just Yet, Party Rival Says

(Bloomberg) — Japanese Prime Minister Shinzo Abe should work to restore public trust before thinking about stepping down, a rival in the ruling Liberal Democratic Party said, after fresh allegations in a cronyism scandal sent his government’s support rate tumbling.

“If prime ministers resign every time their support rates go down, nothing will be resolved fundamentally,” Fumio Kishida, a key factional leader in the ruling LDP, said in an interview in Hong Kong on Wednesday. “First of all, Prime Minister Abe himself and everyone involved in Japanese politics must work to restore trust. Then, he must make a decision on his own fate.”

Abe has seen the scandal dent his chances of winning the party’s presidential election in September, which would put him in position to become Japan’s longest-ever serving premier. His public support plummeted in weekend opinion polls after it was revealed the Finance Ministry had doctored documents related to the discounted sale of public land to a nationalist school operator with ties to Abe’s wife.

Abe has apologized for the incident, while repeatedly denying any involvement by himself or his wife in the land sale or the alteration of documents. Depending on how Abe handles the fallout from the scandal, he could still win a third term as party president, Kishida said.

Kishida — the LDP’s policy chief and a former foreign minister — said he had not yet decided whether to run in the party leadership election. He has largely avoided criticism of Abe, who last year hailed Kishida as a potential future leader of the party, which will hold an annual convention on Sunday.

Kishida was the fourth most popular candidate to become party leader in a Kyodo opinion poll conducted over the weekend. He trailed Shigeru Ishiba, a former Defense Minister who has been critical of the prime minister, Shinjiro Koizumi, the son of a popular former leader, and Abe himself.

A self-effacing former banker, Kishida isn’t known for courting publicity in a way that comes naturally to most politicians. He mostly stuck to Abe’s script in his four years as foreign minister, but has distanced himself over the past year, particularly on the controversial proposal to change Japan’s pacifist constitution.

Kishida hinted at a different approach to economic policy in a speech before the interview, saying Japan should “tackle fiscal reconstruction a bit more seriously,” the newspaper reported. He also called for Japan to study U.S. and European strategies for exiting easy monetary policy.

Kishida heads the party’s oldest faction, which is relatively dovish on defense. His move from foreign minister to become the LDP’s policy chief last year fueled speculation that he’s lining up a run for the top job.

He said Wednesday that there was no specific time frame for Abe to work out his difficulties.

“Prime Minister Abe’s support has fallen sharply and he is in a difficult situation, but how will the people evaluate his efforts and the efforts of Japanese politics?” Kishida said. “It’s at times like this that the LDP as a whole should cooperate and work to restore trust.”

(Updates with comments on economy in eighth paragraph.)

Here Are U.S. Targets Most Vulnerable to China Trade Retaliation
Scroll to top