Blog - Latest News
You are here: Home / latest_news / N.Y. Fed Search Casts Wide Net But May Snare an Insider Instead 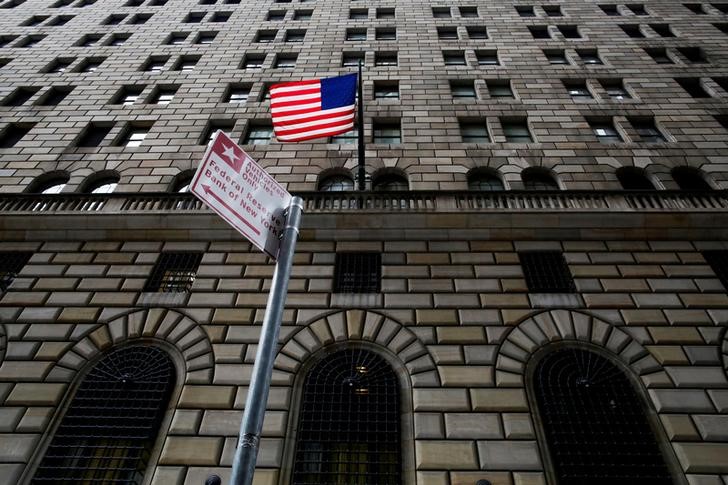 © Reuters. N.Y. Fed Search Casts Wide Net But May Snare an Insider Instead

(Bloomberg) — As the search to fill one of the Federal Reserve’s most important jobs enters its final stretch, it’s drawing intense scrutiny from city hall to Capitol Hill.

The Federal Reserve Bank of New York promised an open, diversity-focused process as it kicked off its search for a new president to succeed William Dudley. The search committee cast a wide net, interviewing women and minorities. Yet the process looks to favor a white male who already has seat at the policy-making table: The reported front-runner is John Williams, a 55-year-old economist who runs the Fed’s branch in San Francisco.

Few observers doubt Williams’ credentials as a widely respected economist. Critics are unhappy that Williams’ name emerged late in the process and wonder why an insider beat out qualified minorities and women. It’s leading to calls for transparency amid questions, including several from Democratic senators, about how the process played out and whether it was diverse in practice or just in theory.

“Have they looked sufficiently outside the realm of people they know?” said Narayana Kocherlakota, former president of the Minneapolis Fed and now an occasional columnist for Bloomberg View. “They, or the Board, should really explain more clearly to the public — how did this process lead them back to a Fed insider?”

The New York Fed said March 16 it had narrowed the field to a “handful” of candidates without giving names or a timetable for a decision. It has declined to comment on Williams’ candidacy.

Congressional Democrats have been complaining about a lack of diversity at the Fed for years. Frustration intensified after President Donald Trump broke with decades of precedent by choosing not to reappoint Janet Yellen, the first woman to lead the Fed, to a second term at its helm.

Democratic Senator Kirsten Gillibrand of New York is calling for a public confirmation hearing for New York Fed presidents. Elizabeth Warren of Massachusetts said Williams and the co-chairs of the New York Fed’s search committee should testify before the Senate Banking Committee before he’s confirmed.

Either step would mark a major shift: Directors of regional reserve banks, of which New York is the largest and most powerful, pick their own presidents, subject to approval by the Fed Board in Washington. By design, Congress and the president are not involved in the process.

“We need a more transparent process” to “hold the New York Fed and its president accountable,” Gillibrand said in a statement Tuesday.

A hearing can’t happen without the support of Republicans, who currently control the Senate. Republican Senator Mike Crapo, who chairs the Senate committee that vets Fed Board nominations, did not respond to a request for comment. The situation could change if Democrats win command back in November’s mid-term congressional elections.

Even local politicians have been weighing in — an unusual development. Democrats on the New York City Council sent the search committee co-chairs a letter on March 23, before the news about Williams broke, urging them to “place a strong priority on appointing a candidate who will increase the diversity of Fed leadership.”

To be fair, a lack of clarity in a Fed leadership search isn’t unusual. Regional banks aren’t legally required to clue the public in and generally do not.

But the New York effort emphasized an unusual amount of transparency from the start. The search committee explained which community groups and stakeholders they sought input from, laid out criteria, and readily accepted names to form a long list.

As interviews progressed, it was clear that minorities and women were under consideration and people with a wide range of backgrounds were getting a look.

Then Williams’ name leaked. The same Wall Street Journal article that broke the news of Williams’ status as the leading candidate on Saturday noted that Powell wanted someone with extensive monetary policy experience.

If Williams is the pick, “he will bring much needed monetary-economics expertise to the important trio of monetary policy makers — the chair, the vice chair (now vacant) and the N.Y. Fed president,” said David Wessel, director of the Brookings Institutions’ Hutchins Center on Fiscal and Monetary Policy. Glenn Hutchins, a private-equity executive who endowed the center with a $10 million grant, is co-chair of the New York Fed search committee.

Some Fed watchers question how much influence Powell has exerted and whether that’s biased the New York selection process toward an insider.

“The outcome doesn’t belie the absolute opacity of the process: We just have no idea how it happened,” said Mark Spindel, founder of Potomac River Capital LLC and co-author of a book on Fed independence.