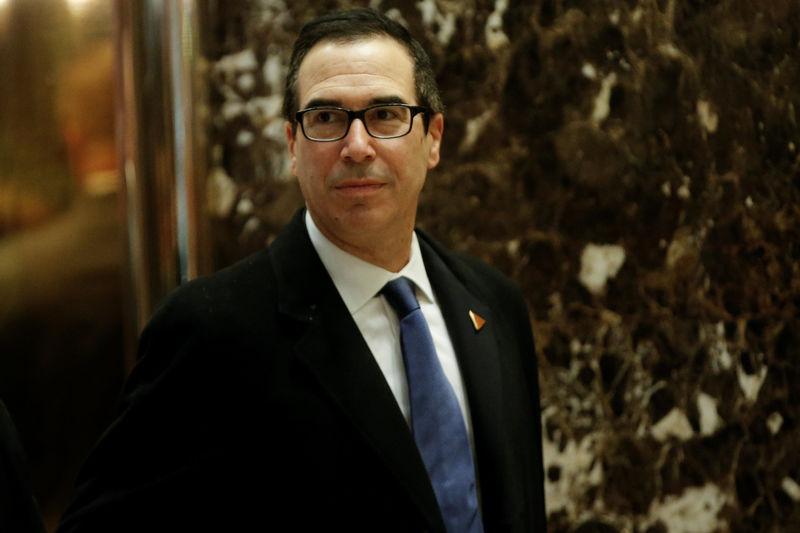 (Bloomberg) — Treasury Secretary Steven Mnuchin said he aims to wrap up negotiations Thursday on a multi-billion dollar loan to Puerto Rico’s government that the territory’s leaders have complained is long overdue after Hurricane Maria ravaged the island in September.

Mnuchin will hand-deliver documents related to the loan in his first visit to the territory as a public official, he said.

“I’m meeting with them in case there are final issues that we need to negotiate — we are prepared to do that,” he said Wednesday in an interview with Bloomberg News. “I want to make sure that we fulfill the mandate from Congress to make sure that the loan facilities are in place.”

Puerto Rico’s leaders have complained that Mnuchin’s department has slowed loans the territory needs to rebuild following the storm, which devastated the island. In February, Puerto Rico Governor Ricardo Rossello said Mnuchin was acting “recklessly” by delaying the territory’s access to a share of a $4.9 billion loan package that Congress passed in October.

Treasury this year pledged it would make about $2 billion available to the territory. Mnuchin said his “number one objective” during his visit is to ensure Puerto Rico secures a loan — while also protecting taxpayers’ interests.

The loan will be ready for the territory as soon as it needs the money, he said. But Treasury has said one of the conditions on the money is that Puerto Rico’s cash balance must drop below $800 million. Mnuchin said the local government is still above that threshold.

Puerto Rico had $1.45 billion of available funds as of March 9, according to the island’s most recent weekly cash-flow report.

Hurricane Maria’s devastation of the island in September exacerbated a financial crisis that had already tipped the territory into a record-setting bankruptcy following a decade of economic decline, population loss and years of borrowing.

U.S. to Delay Steel Tariffs for Some Nations Wanting Exemptions

Powell Revs a Little But Needs to Watch His Speed: Gadfly
Scroll to top