Blog - Latest News
You are here: Home / latest_news / Merkel Is Pressed to Stand Up to Trump on Trade as Term Begins 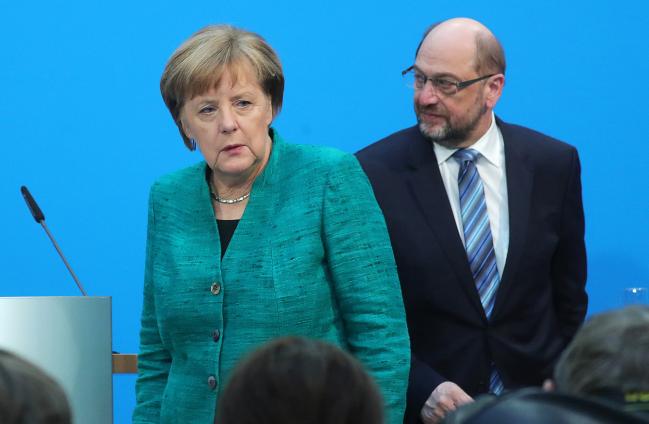 The warning by Germany’s industrial equipment manufacturers hints at the range of global challenges facing Merkel, who was sworn in for a fourth time on Wednesday. She’ll visit Paris on Friday for talks with French President Emmanuel Macron on a road map for strengthening the euro area.

Germany’s almost six-month stalemate after Merkel’s inconclusive election victory in September has left allies in doubt about her standing and policy plans. With U.S. President Donald Trump threatening a trade war with the European Union, pressure on the EU’s senior leader to step up is growing.

“The government must defend and advance free trade much more strongly than in the past,” Thilo Brodtmann, head of Germany’s Mechanical Engineering Industry Association, said in a statement. The U.S. is “playing with fire” on trade policy and China increasingly is a global competitor, he said.

Germany’s export strength and resulting trade surplus are a long-standing target of international criticism, including by Trump. Yet policies pledged by Merkel’s new government are unlikely to defuse the conflict, with the current-account surplus probably rising to 8.1 percent of economic output this year, the third-highest since 1993, according to the DIW economic institute in Berlin.

Lower-house lawmakers formally elected Merkel, 63, to a fourth term, extending her 12 years at the helm in Europe’s biggest economy. Her Christian Democratic-led bloc is allied with the Social Democrats, renewing the “grand coalition” that governed Germany for the last four years.

While including new faces, Merkel’s pick of cabinet members includes longtime allies from her Christian Democratic Union. In contrast, the Social Democrats named several members with little or no government experience after party leaders faced pressure from grass-roots rebels who oppose serving as Merkel’s junior partner for a third time since 2005.

Merkel, 63, was backed by a majority of 364 members of the 709-member lower house, or Bundestag. That was 35 fewer than the number of seats held by her coalition, indicating that some lawmakers withheld their support in the secret ballot.

“You have all of my best wishes for the arduous path ahead,” Bundestag President Wolfgang Schaeuble told Merkel after administering the oath of office.

Merkel’s coalition deal hands the finance ministry to the Social Democrats for the first time in eight years, giving the SPD a platform to shape euro-area policy. Designated Finance Minister Olaf Scholz wants to strengthen ties within Europe, though he’s given few hints on policy goals beyond pledging to keep Germany’s budget balanced.

Merkel immediately got a taste of a more contentious parliament that includes the far-right Alternative for Germany, or AfD, for the first time.

A protester was ejected from the visitors’ gallery during the swearing-in ceremony and Petr Bystron, an AfD lawmaker, broke parliamentary rules by posting a photo of his ballot against Merkel on Twitter with the tag, “Not my chancellor.” That drew a rebuke by Schaeuble, who said Bystron would be fined 1,000 euros ($1,239).

U.S. Unemployment Headed Below 3% Unless Fed Acts to Slow Growth

Kohl’s Rises From The Retail Wreck
Scroll to top