Blog - Latest News
You are here: Home / latest_news / May Ally to Ireland: Let’s Cut Out the Brexit `Aggression’ 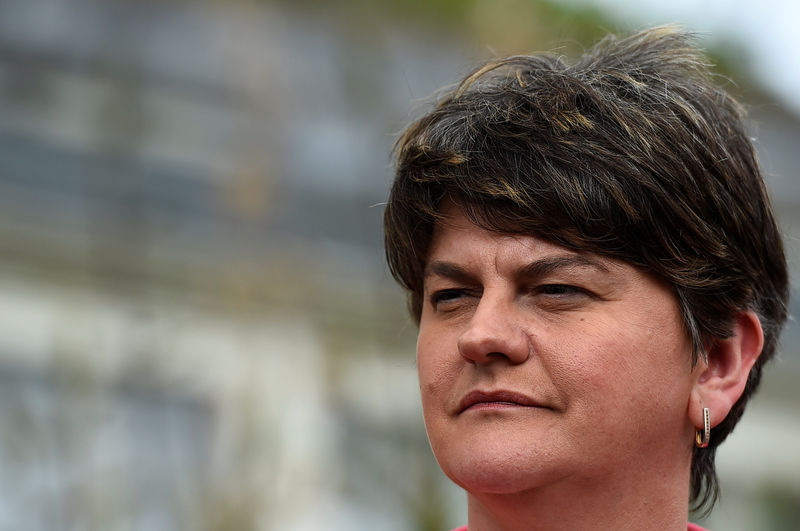 © Reuters. May Ally to Ireland: Let’s Cut Out the Brexit `Aggression’

In a deal agreed in December, under pressure from Ireland and the European Union, U.K. Prime Minister Theresa May guaranteed no hard border would re-emerge on the island of Ireland after Brexit, with Northern Ireland playing by the same rules as those in the south if all else fails.

“I have sensed over this past year quite a lot of aggression,” Foster said in a Bloomberg Television interview with Mark Barton in London on Tuesday. “I hope we can get over that. Let’s cut out the aggression and move on to doing what is right.”

May has also guaranteed that no border would be placed in the Irish Sea, a development which Foster said would be economically catastrophic for Northern Ireland. Without her 10 lawmakers in London, May does not have a working majority to pass legislation. Foster said the debate over the border is somewhat “artificial’ at this point, as the issue may be solved in talks about the future trade relationship.

“We have got the cart before the horse,” she said.

The Northern Irish economy is “doing well,” with a strong year ahead for investment in the region, she said.