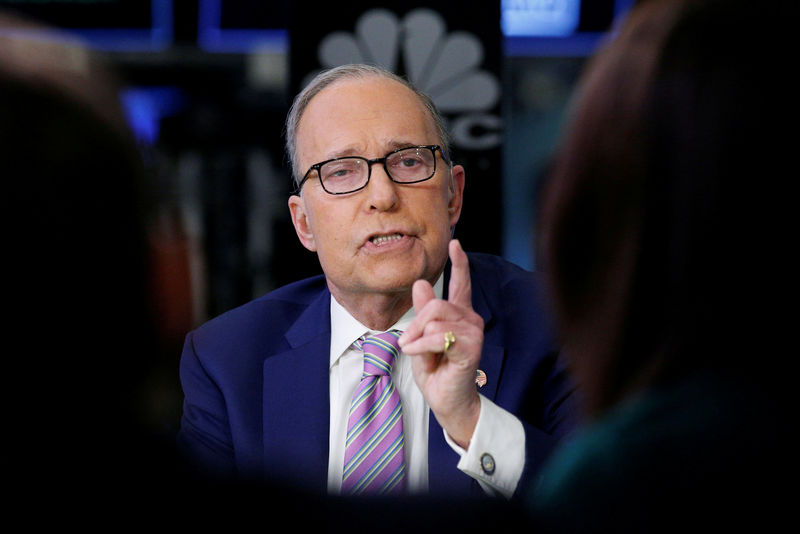 (Bloomberg) — The Trump administration might have gained a strong-dollar advocate in Larry Kudlow, but the incoming White House economic adviser faces an uphill battle in stopping the greenback’s slide.

Former CNBC contributor Kudlow took to the network minutes after his appointment was announced Wednesday to endorse a higher dollar, saying that he would like to see the currency “a wee bit stronger.” Kudlow, 70, went so far as to make a trade recommendation: “I would buy King Dollar and I would sell gold.”

Kudlow might end up as another disappointed dollar bull. The consensus bet in markets is for a softer greenback, as seen in speculator positioning and inflows into unhedged foreign currency exchange-traded funds. And faced with escalating trade tensions and a widening U.S. current account deficit, even Kudlow’s vocal support likely won’t provide a lasting boost to the currency, according to Alvise Marino, a foreign-exchange strategist at Credit Suisse (SIX:) Group AG.

“Kudlow speaks about the strong dollar and says all the right things in terms of what markets want to hear, but at the same time, you have much wider fiscal funding requirements,” Marino said. “There’s so many more headwinds and they’re much more significant.”

Perhaps most prominent among those headwinds is the U.S. current account shortfall. Trump’s shoot-down of Broadcom (NASDAQ:) Ltd.’s takeover bid for Qualcomm (NASDAQ:) Inc. likely also sends a “somewhat hostile message” to overseas investors, which will further undermine the U.S.’s ability to fund the gap, according to Marino.

The dollar has slumped 2.7 percent to start the year, building upon an 8.5 percent loss in 2017. Bearish wagers on the currency outnumber bets on gains by 149,000 contracts, according to the latest data from the Commodity Futures Trading Commission. Distaste for the dollar is evident in ETF flows as well, with investors increasingly rotating out of hedged funds in favor of European and Japanese stocks without currency protection.

Also limiting the greenback’s upside in the wake of Kudlow’s jawboning might be the new adviser’s relative lack of clout, Marino said. Unlike U.S. Treasury Secretary Steven Mnuchin, who sent the dollar tumbling in January with his praise of a weaker greenback, Kudlow isn’t in a role that gives him any purview over the U.S. currency.

“He’s not in the Federal Reserve. He’s an adviser to the president,” Marino said. “He might influence things, but what we’ve seen in the last few days is a track record of very impulsive decisions that aren’t based on careful reasoning of the economic pros and cons.”

Five simple trading rules you can use