Blog - Latest News
You are here: Home / Cryptocurrency News / Japan to urge G20 nations to step up their game against money laundering...

According to a government official – via Reuters 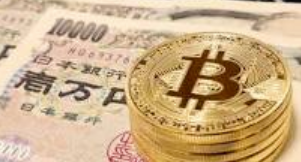 Says that Japan will urge its G20 counterparts in next week’s meeting to beef up efforts to prevent cryptocurrencies from being used for money laundering. The report is citing a government official with direct knowledge of the matter.

Adding that Japanese policymakers fear that while there is a broad consensus among the G20 nations on the need for such steps to be taken, some nations may choose to have looser regulations than others and that opens up potential loopholes for money laundering.

The G20 meeting will take place on 19-20 March in Buenos Aires, and earlier
news broke out that Japanese finance minister may not attend the meeting.
Japan has recently taken a tougher stance against cryptocurrencies and exchanges in the country, even suspending some exchanges earlier this month
here.
https://www.myfxe.com/wp-content/uploads/2018/03/658/japan-to-urge-g20-nations-to-step-up-their-game-against-money-laundering-using-cryptocurrencies.png 0 0 euitsols https://www.myfxe.com/wp-content/uploads/2018/04/myfxe-300x140.png euitsols2018-03-18 09:57:252018-03-18 09:57:25Japan to urge G20 nations to step up their game against money laundering using cryptocurrencies
0 replies

This political-risk gauge just hit a 15-year high — and here’s what it means...

G20 to say standard-setting bodies should strengthen monitoring of cryptocu...
Scroll to top