The
Bank of Japan monetary policy meeting is on April 26 and 27 (preview!)

In addition to the policy announcement Friday the BOJ will release
the results of its quarterly review of its growth and price
forecasts. While growth has picked up, inflation is still missing
target. We just got the March inflation data: Japan
March CPI data: Headline clocks in at 1.1% y/y (expected 1.1%)

‘Sources’
say that in the forecasts next week the Bank will likely maintain its
view inflation will reach its 2% target next fiscal year (FY 2019
begins in April 2019), and that inflation will stay near that level
the following year (FY 2020).

Do I
need to add that the BOJ has been saying it’ll hit the target for
many years now, shifting the date further out from time-to-time? Maybe this time will be different and I will have my nose rubbed in the headline to this post. 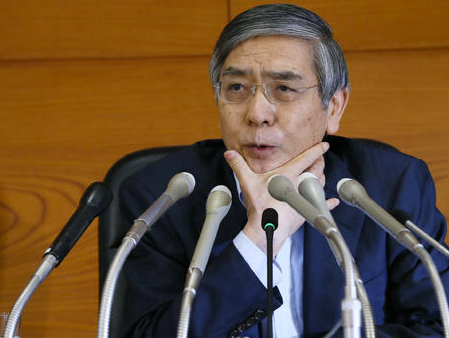 “Is this on the record?”

SNB’s Jordan: CHF below 1.2 (against euro) a move in right direction