A summary of the preview via Capital Economics, they are wary of Chinese New Year distortions in the Japan data

First twenty days of the month: 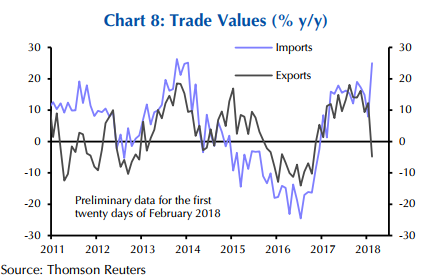 Have pencilled in a small rise in export values

US Dollar Bounces From Support After Disappointing Retail Sales