Blog - Latest News
You are here: Home / latest_news / IMF Says Bank of Japan Should Stick to Path on Inflation Target 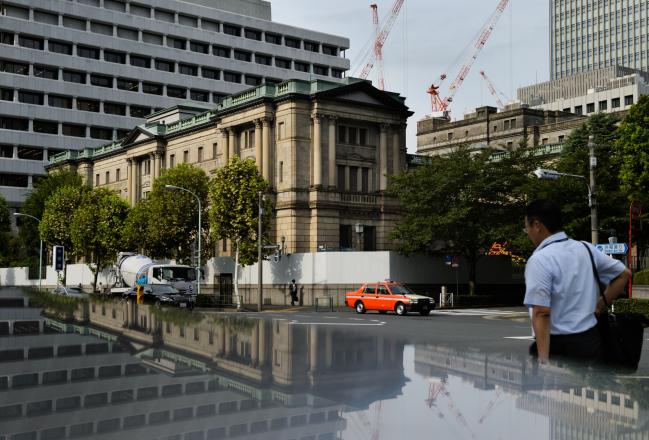 (Bloomberg) — The Bank of Japan should remain committed to its unprecedented monetary stimulus in order to hit a still-distant price target, according to the International Monetary Fund.

“Communication has to be simple and straightforward,” Odd Per Brekk, deputy director of the Asia-Pacific Department, said in an interview on Thursday. “The message has to be the commitment to reaching the 2 percent inflation target and to put in place the policies needed to get there.”

Governor Haruhiko Kuroda has faced increasing calls to talk about an exit strategy since assuming a new five-year term this month. Critics worry about the sustainability of the BOJ’s policies given the 2 percent inflation target remains distant and the size of its balance sheet is approaching that of the nation’s annual economic output.

The central bank should de-emphasize the quantitative target further, the IMF official said. The BOJ pledges it plans to increase its bond holdings by an annual pace of roughly 80 trillion yen ($743 billion). SMBC Nikko Securities estimates the pace has been slowing down to around 50 trillion yen.

“Moving fully to the yield curve control framework would help strengthen the message that you can sustain and that you will sustain an accommodative monetary stance,” Brekk said.

France Says West Should Engage With China on Trade, Not Provoke