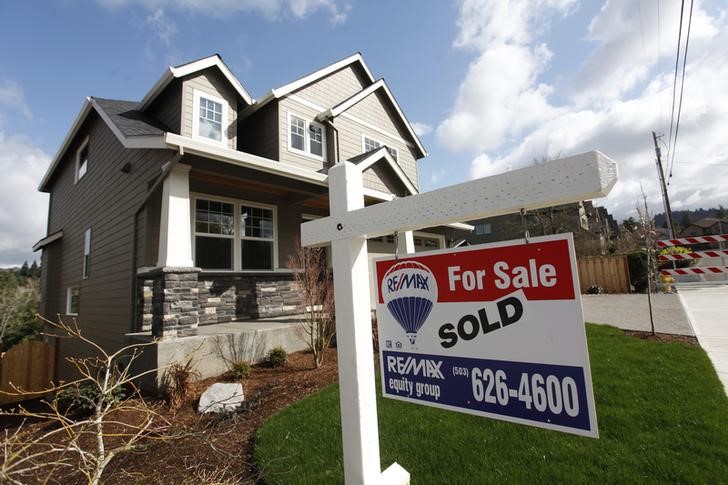 © Reuters. Home-Price Gains Quicken Across the U.S. as Supplies Tighten

(Bloomberg) — Home prices climbed in 91 percent of U.S. metropolitan areas in the first quarter, with gains accelerating nationwide as buyers competed for a tight supply of listings, the National Association of Realtors said.

The median price of an existing single-family home rose from a year earlier in 162 of the 178 areas measured, the group said in a report Monday. The national median was $245,500, which is up 5.7 percent from the first quarter of 2017. The number of regions with double-digit gains jumped to 30 percent from 15 percent in the fourth quarter.

Home values have increased steadily as job growth boosts demand for a record-low supply of properties on the market. While the lack of choices is constraining the market, what’s available is going fast. Previously owned homes that sold in March were on the market for less than a month, according to data from the Realtors group.

“The worsening inventory crunch through the first three months of the year inflicted even more upward pressure on home prices in a majority of markets,” Lawrence Yun, the group’s chief economist, said in the report. In areas with strong job growth, “consumer frustration is rising. Home shoppers are increasingly struggling to find an affordable property to buy, and the prevalence of multiple bids is pushing prices further out of reach.”

At the end of March, 1.67 million existing homes were listed for sale, a 7.2 percent drop from a year earlier, according to the report.

In the first quarter, total sales of existing homes, including single-family and condos, slipped to a seasonally adjusted annual rate of 5.51 million, down 1.5 percent from the fourth quarter, and 1.7 percent lower than the 5.6 million pace in the first quarter of 2017.

In the fourth quarter, the median single-family home price increased 5.3 percent from a year earlier.