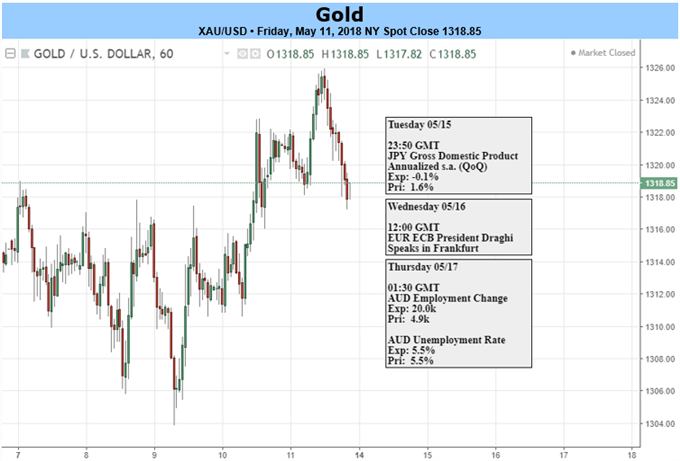 Gold Prices Sees its First Weekly Rise in a Month

Gold prices sees its first weekly rise in a month, gaining over 1.5% as the USD recovery comes to a halt following a rather uninspiring inflation report, whereby the core readings fell short of economic forecasts. As such, the pull back in the US Dollar from 2018 highs (93.42), coupled with the failure for prices to break below the 2018 range lows ($1301) had pushed the precious metal back above $1320. As we look ahead to next week, the view on gold prices is neutral as a lack of notable events could potentially lead to a rather subdued week.

US Retail Sales will be the main economic data point for the week ahead, which is expected to see a modest dip to 0.3% in April from 0.6%. As from this, we will see the release of manufacturing and housing data from the US, however, this would unlikely provide too much price action for the greenback and thus have a limited impact on the precious metal. The lack of key economic releases further backs up the view that we could see gold trade sideways. 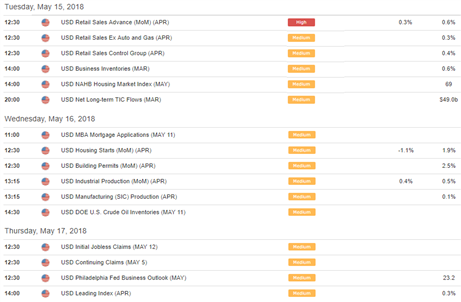 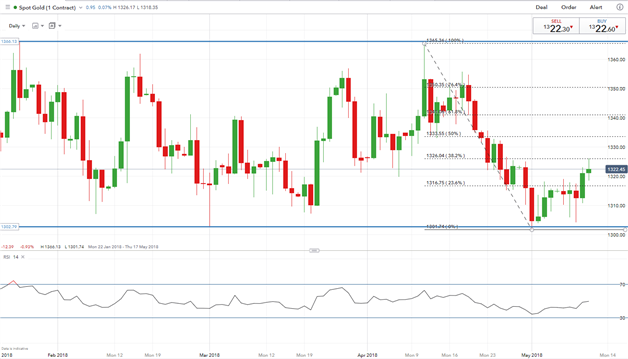