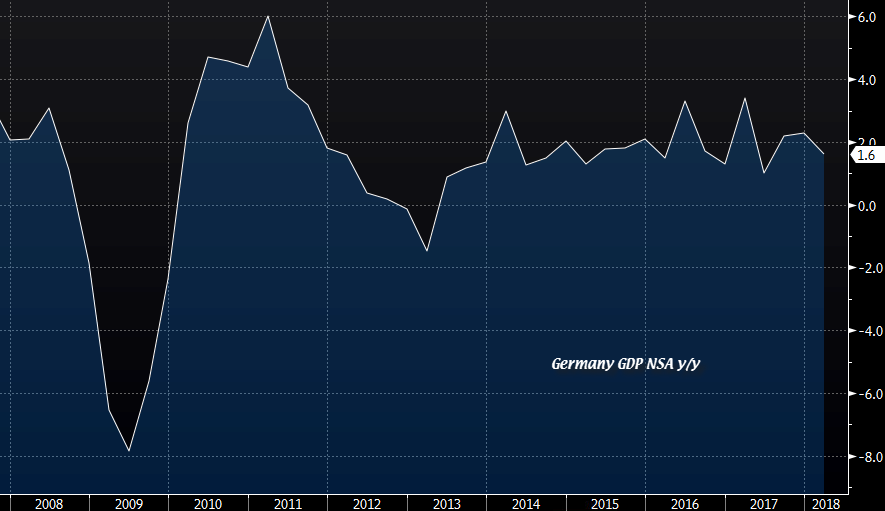 Slight delay in the release by the source.

A slight miss relative to estimates. Goes to show that the soft patch in Q1 was slower than expected. Euro weighed down a little on the release, but the soft patch is to be expected and we’ll have the second reading for Eurozone GDP later so it’s not all too surprising.

According to Destatis, Q1 trade lost dynamism with exports and imports both weakening while consumer spending saw a slight increase but government spending was down on the quarter.