The Sterling was generally steady against the US Dollar on Tuesday, as traders were awaiting patiently for the Fed monetary policy statement at 1800GMT.

The only volatility during the day was introduced by the British CPI which showed sluggish performance during the previous month. Bears pressured the Pound lower for a few hours until the 55-hour SMA near 1.40 was reached.

The pair has been subsequently guided by this line, suggesting that the same situation might continue during the first part of the day when the rate might push for the weekly R2 at 1.4083. By and large, the Fed is very likely to end this still movement and elicit notable reaction.

The 1.3930 mark should restrict bearish momentum due to strong support levels. Conversely, upside potential is up to 1.4150. 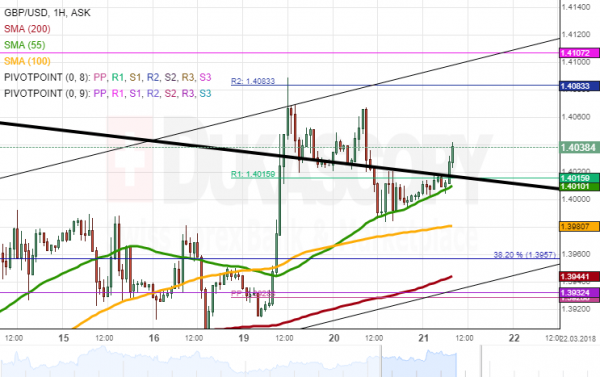