The Sterling was trading at its seven-week high of 1.4170 on Thursday morning, as the strong resistance of the weekly R3 did not allow it to push above this mark for several hours.

High volatility was introduced at 1200GMT when the BOE published its Monetary Policy Summary. Even though its benchmark rate was kept steady in line with expectations, the surprise element was introduced by MPC Official Bank Rate votes. The impact was the rate’s fluctuation in a 92-pip range after the release. The subsequent price decline was stopped by the 55-hour SMA which has guided the pair ever since.

The pair consolidating slightly above this line suggests that some downward momentum until 1.4050 could occur. Technical indicators, on the other hand, are bullish and favour a climb towards the 1.4170 area. 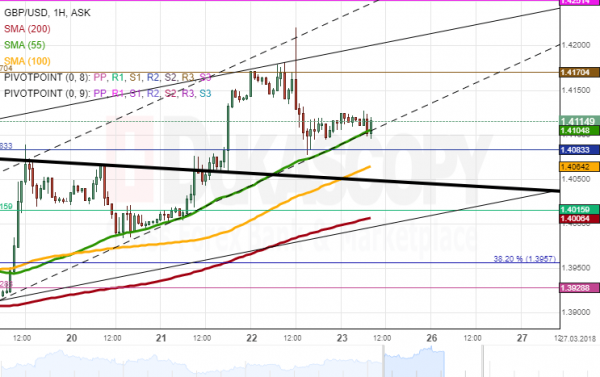