The GBP/CAD currency pair has been moving in a descending channel since mid-March. The exchange rate reversed from the upper boundary of a dominant ascending channel on March 20 and followed by a strong period of decline.

The Pound Sterling has reached the lower boundary of both the dominant and the junior patterns and could be prepared for a new wave to the upside during the following trading sessions. Nevertheless, the price movement needs to surpass the weekly pivot point and the 55– hour simple moving average near the 1.7376 regions.

Everything being equal, a breakout from the aforementioned PP could be expected within this session. However, technical indicators suggest that bears are likely to grow stronger in the nearest future 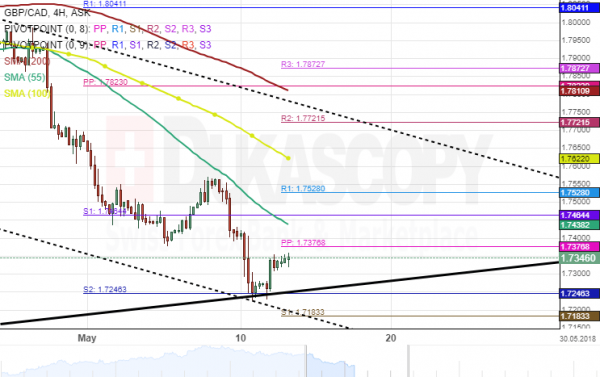