The British Pound has been trading in a dominant ascending channel against the Australian Dollar. The exchange rate began making a corrective movement south in a newly formed descending pattern on April 26 and has since remained bearish move.

The currency pair has moved closer to the lower boundary of the descending channel and could be set for a breakout during the following trading sessions.

If and when the aforementioned breakout occurs, the GBP/AUD currency exchange rate could encounter a strong support cluster set by the combination of the weekly and the monthly PPs near the 1.78 area. 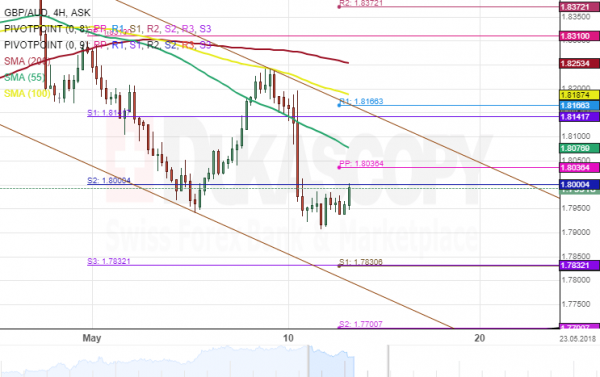