A snapshot of other markets at the week’s close shows:

In the US debt market, yields are down at the front end on a flight into safety after the stock markets decline:

You can’t start the review of the day without talking about the global stock markets.

Looking at the numbers:

And then there was the US, where for the 2nd day in a row, stock markets tumbled:

For the week, here are some of the numbers:

There was a global run out of equities and the market heads into the weekend scared.

So, what happened in the forex market? 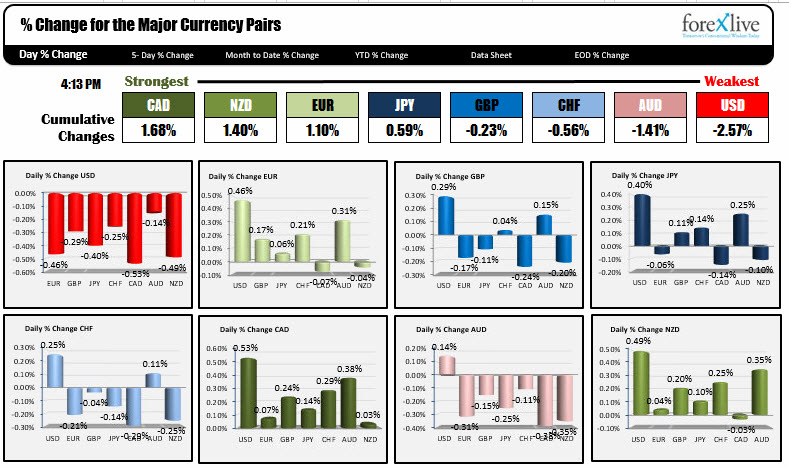 The greenback lost most of the value vs. the JPY, as traders funneled funds into the “relative safety of that currency” as stocks fell. Honestly though, the moves were not all that material in the NY session.  Traders seemed more focused on watching the stock markets gyrations/tumble, then positioning in a currency pair.  PS at the end of the day, the Commitment of traders did show that the speculative position into dollar shorts spiked higher again. So the market seems positioned for it.

Does the weekend calm some of the fears, or intensify them as the media machine goes into crisis mode about our collective Facebook privacy, tariffs, trade, LIBOR rates and God knows what else.

Try not to let the fear ruin your weekend. Be safe. Have fun. Peace.

As stocks do it’s thing, the dollar and bonds are doing more watching...

The NZD is the strongest, while the USD is the weakest as NA traders enter for...
Scroll to top