The personal consumption expenditures price index rose +1.8% in February from a year earlier, an increase last matched 12-months ago.

The rise in annual inflation, which comes after the inflation rate held at 1.4% for several months last summer, is the latest sign of strengthening inflation pressures that could encourage the Fed to continue raising interest rates this year.

Despite evidence of firming inflation stateside, the headline PCE price index remains below the Fed’s +2% target for annual inflation. 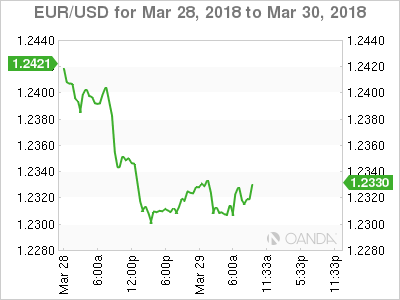 U.S jobless claims decline to its lowest level in 45-years

Canadian Dollar Steady Ahead of GDP

US: Soft Spending in February Spells Another Weak Start to the Year
Scroll to top