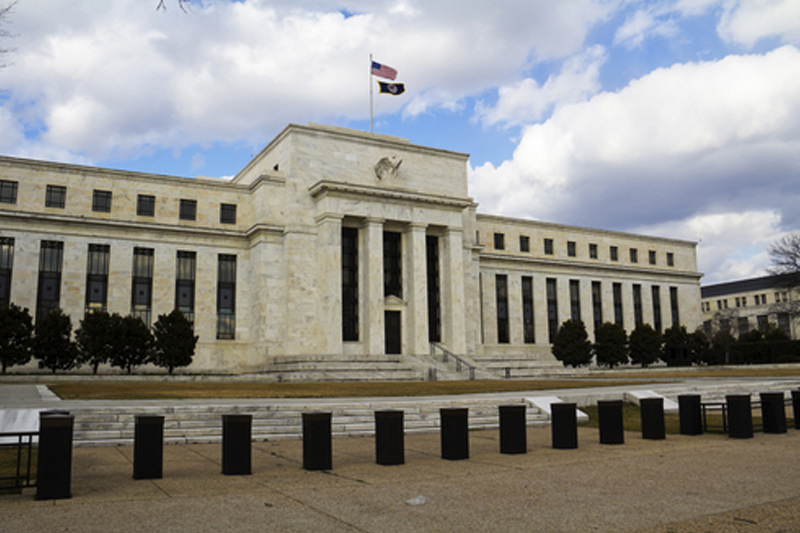 (Bloomberg) — Federal Reserve Chairman Jerome Powell and his colleagues will end up raising interest rates four times this year, but are unlikely to signal that intention at this week’s policy meeting, according to economists surveyed by Bloomberg.

In a poll of 41 economists conducted by Bloomberg March 13-16, the median forecast predicted a quarter-point hike this week, plus similar moves in June and September and December. At the same time, respondents said policy makers will continue to pencil in three rate increases as being likely in 2018 in their updated quarterly forecasts.

The Federal Open Market Committee begins meeting on Tuesday and will issue a statement at 2 p.m. Wednesday announcing its decision and assessment of the economy, along with a fresh series of projections for its benchmark overnight policy rate, U.S. economic growth, unemployment and inflation. Powell will appear at his first press conference as chairman 30 minutes later.

Do You Dot Plot? Understanding the Next Fed Forecast: QuickTake

The results of the survey highlight the caution that economists believe policy makers will observe as they respond to a brightening economic picture driven by faster global growth, a pick-up in investment, and the impact of massive U.S. tax cuts and increased government spending. Officials are expected to acknowledge improvements in incoming data, but just hint at speeding up the pace of policy tightening.

Projections for Upper Bound, currently at 1.5%

The economists surveyed are out ahead of investors. Pricing in federal funds futures contracts currently implies about a 35 percent probability of four increases or more in 2018, up from less than 10 percent three months ago. The probability of a rate increase this week is seen at about 100 percent.

“Given the strong economic numbers, it’s likely the Fed will issue some vague warning about future rate hikes being greater than expected,” Joel Naroff, president of Naroff Economic Advisors Inc. in Holland, Pennsylvania, said in his survey response.

Almost half of the economists surveyed said Fed officials will alter the language of their post-meeting statement, either to explicitly state that risks to their outlook had shifted to the upside, or more subtly to send the same message.

Still, an opposing half said they believe there will be no such change and the committee will continue to say the near-term outlook is “roughly balanced.”

“Added federal spending and the tax cuts add to upside risks, but the potential for trade protections and weak retail sales to start the year present unexpected downside challenges,” Scott Anderson, chief economist at Bank of the West in San Francisco, said in his response.

Whether or not Fed policy makers acknowledge it, most economists believe the risks are rising for higher-than-expected growth and inflation. About three-fourths of respondents said those risks now pointed to the upside, up from 63 percent in December.

Some economists also moved forward the timing of when they see inflation hitting the Fed’s 2 percent target on a sustained basis. Almost a quarter of respondents said inflation will reach three straight months at or above the target by the second quarter of this year, up from 13 percent in December.

A number of respondents showed optimism not only that growth would pick up in the short term due to fiscal stimulus, but also in the longer-run driven by global growth. That showed up in their median forecast for how high the fed funds rate would go in this tightening cycle. That moved up to 3.25 percent from 2.75 percent in Bloomberg’s December survey.

Projections from Fed officials in December indicate they believe the so-called neutral rate — the level at which the fed funds rate is neither restrictive nor stimulative for the economy — is around 2.8 percent.

It wasn’t clear whether projections for a higher peak in rates this cycle meant that economists expect the Fed will have to use a restrictive policy to contain inflation, or they believe potential growth rates will rise, allowing the Fed to lift rates higher without crimping growth.

Respondents said they expect Fed officials will upgrade their 2018 GDP forecast to a median 2.7 percent, from 2.5 percent in December. They anticipate the Fed’s longer-run outlook for growth will tick up to 1.9 percent from 1.8 percent.