German CPI data headlines the economic calendar in European trading hours. The headline on-year inflation rate is expected to rise to 1.7 percent, marketing the first increase in four months and the highest reading since December 2017.

The Japanese Yen corrected broadly higher in Asia Pacific trade after suffering deep losses against the spectrum of its G10 FX counterparts in the prior session. The New Zealand Dollar fell, which might have reflected the outcome of a 15-year bond auction.

Average yields came in at 3.14 percent, down from 3.34 percent when analogous paper was sold a month ago despite weaker demand (the bid-to-cover ratio eased to 2.41 from 3.18 previously). That might speak to ebbing appeal of NZD-denominated assets.

Get our guide to learn how you can use economic news into your FX trading strategy! 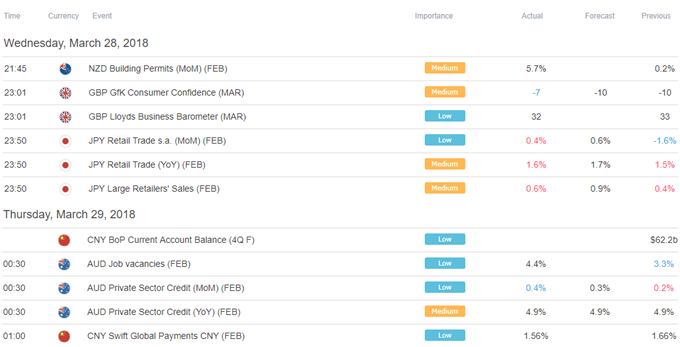 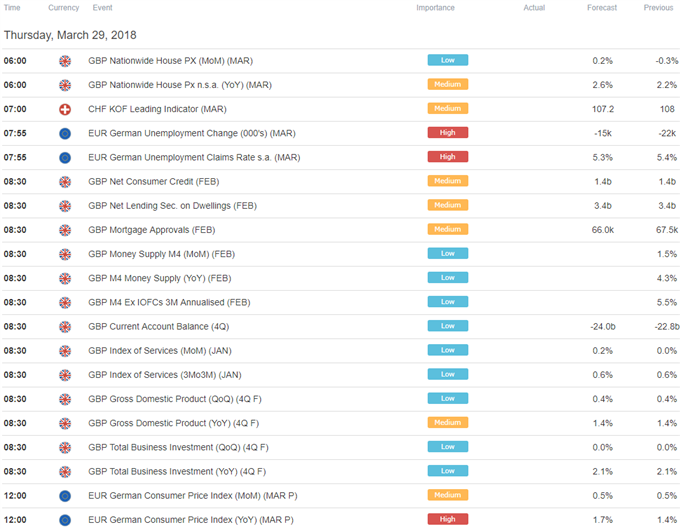 What struggled in the first quarter? Stocks, bonds, basically everything