USDCHF is slowly and steadily turning to the downside, away from our interesting resistance zones near the 0.9570 region, which can be first evidence of a completed wave 4 correction, and for more weakness to follow into final wave 5 of C). That said, ideally a new five-wave drop is in the making which can target 0.9087 zone. 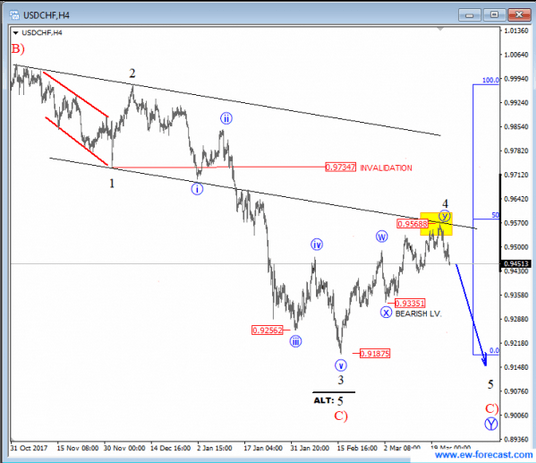 USDJPY can be trading in final stages of a bigger bearish impulse, which we labelled as blue wave C of C. That said, recent correction within wave 4) unfolded as a clear EW triangle which later pushed price towards new lows. We now see price trading within sub-wave 5) of C, which can see support and limited downside near the 104.73-104.00 region. A latter rally in impulsive fashion to the upside can suggest a low in place. 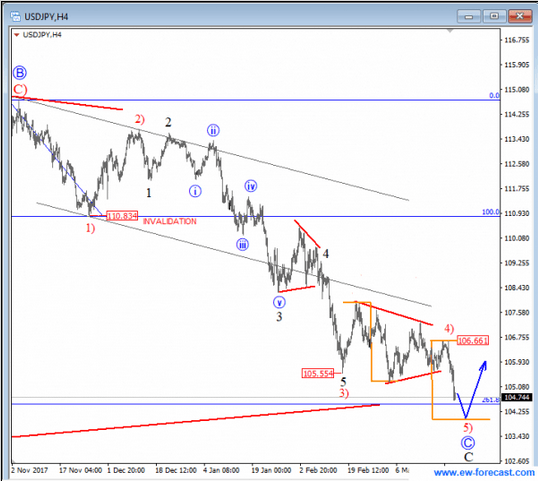