GBPAUD is currently trading bullish, but don’t fall too much in love with the trend, as we think that current three-wave rally away from 1.7100 area can be the final piece of a bigger, complex correction. That said, we see price unfolding final stages of wave C of Y), that can see limited upside near the upper channel line, and near the Fibonacci ratio of 100.0 (where wave A would equal wave C). There a new bearish reversal can follow. 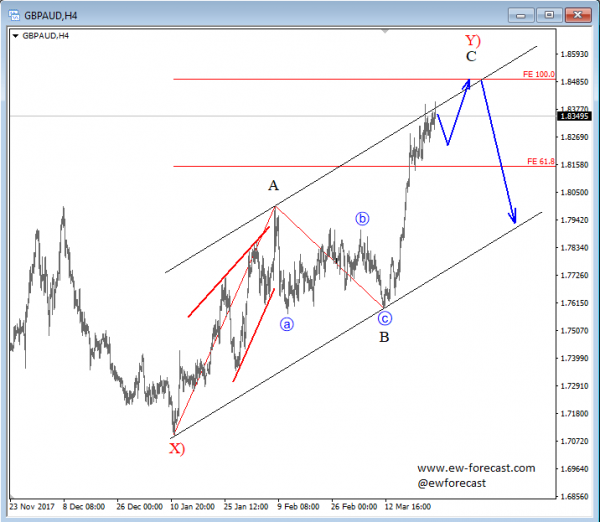 Now looking at the EURAUD pair, notice that there is a nice similarity between the two pairs. Here we also expect the price to find a top in the near-term, and later make a new bearish reversal lower. Specifically, we see sub-wave v) of five in the making which can see a possible resistance zone and a bearish reversal around the 1.6080-1.6120 area. 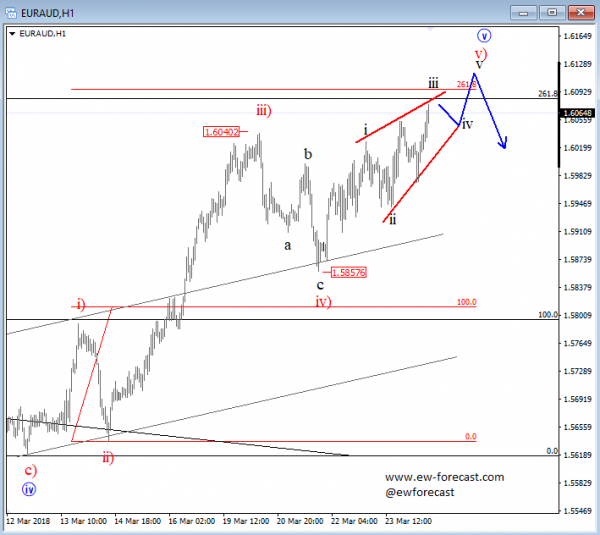