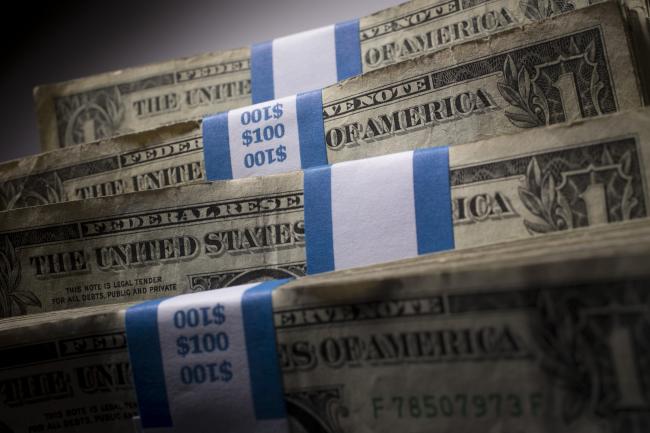 While the psychologically important level has stoked speculation about which markets may be disrupted in the fallout, the looks to be one of the biggest winners. The Bloomberg Dollar Spot Index is headed toward its best three-day advance since 2016, after languishing at multi-year lows. Treasury spreads are widening over their European and Japanese counterparts, renewing traders’ focus on currency pairs.

“The dollar has woken up a bit to rate differentials,” said James Athey, a money manager at Aberdeen Standard Investments, who has a long position versus the euro, yen, South Korean won and the . “The flow is all one-way, while the euro is starting to show signs of material fatigue.”

Treasury yields have advanced this year as the widening U.S. budget deficit — set to surpass $1 trillion by 2020 — has prompted a wave of fresh supply, while the Federal Reserve is expected to increase interest rates at least another two times this year.

At the same time, the latest CFTC data suggest that the market is positioned for further weakness in the greenback, something that could prompt a squeeze in short positions. In the options market, sentiment on 10-year Treasury futures turned the most bearish since the February equities correction.

“The key to how the dollar performs going forwards probably depends on how markets react to a break of 3%” in 10-year yields,” wrote Kit Juckes, a global strategist at Societe Generale (PA:) SA. “A clean break, unaccompanied by a pick-up in volatility and sell-off in risk assets, would force dollar shorts to capitulate and at the very least, severely test 1.2150.”

The European Central Bank meets this week, although analyst expectations are low that it will provide fresh clues about when officials will exit quantitative easing or raise the deposit rate for the first time since 2011. Money markets are not pricing the first move higher until the second half of 2019.

FOREX-Dollar near 2-week high as U.S. bond yields edge up