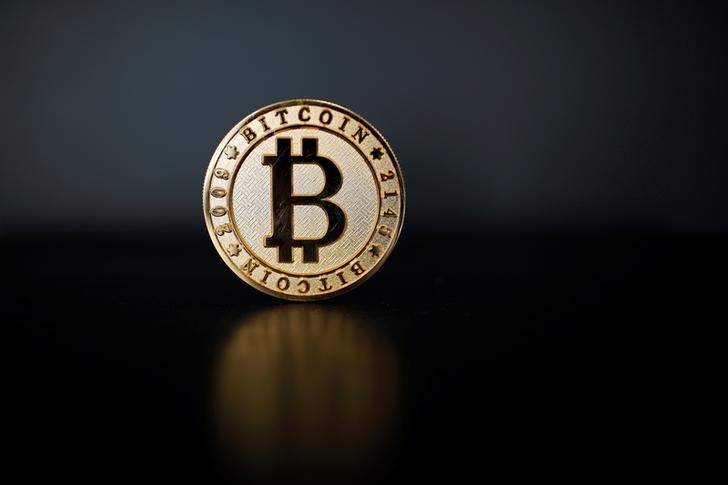 © Reuters. Cryptos were mixed on Monday.

Investing.com – and other virtual coins were mixed on Monday, as talk of regulation eased investor appetite and U.S. retail giants Walmart (NYSE:) and Amazon looked to monetize the technology.

In Iran, the central bank has banned banks from dealing in cryptocurrencies. The Central Bank of Iran had already declared that trading Bitcoin on exchange platforms was illegal.

The country is concerned that the virtual currencies could be used for money-laundering and heighten a currency crisis. Its currency, the rial, plunged to an all-time low last month amid concern of a return of sanctions.

U.S. President Donald Trump is expected to decide by May 12 whether to implement economic sanctions on Iran, which has been lifted in a 2015 pact with six major countries, including the U.S.

Meanwhile, the National Bank of Dubai was the first bank in the region to implement blockchain technology in check-issuance to prevent fraud. NBD is one of the largest banks in the Middle East by assets volume.

“Cryptocurrency doesn’t pass the basic test of what a currency should be,” he said. His remark echoes other regulators who remain skeptical about the use of digital coins.

Elsewhere, U.S. retailers are looking to use Bitcoin and blockchain technology to make shipping and payments easier. Retail giant Walmart Inc (NYSE:) has just patented a blockchain payment system for vendors and customers. The system will automatically process payments for products and services, and encrypt the transactions on a blockchain.

Rival online retailer Amazon.com (NASDAQ:) has also patented bitcoin for use with tracking. The firm is hoping to track data streams, combine the information and then sell the data, taking the anonymity out of bitcoin. Amazon says that every time a bitcoin transaction takes place, other data can be captured, creating an profile for retailers, internet providers and banks.

When Even Technical Traders Watch the News
Scroll to top