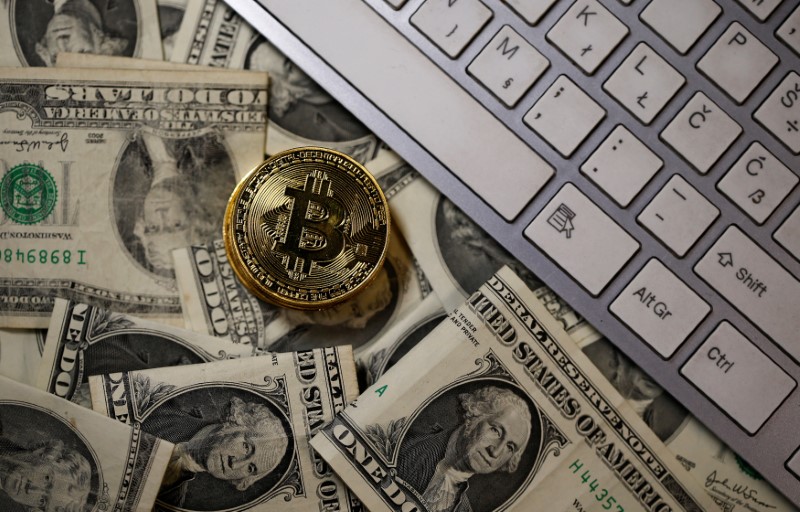 Investing.com – and other virtual currencies eased back from earlier losses on Thursday but still remained lower as a Google ban and regulation talk continued to weigh.

Digital currencies were weighed down by news that Alphabet (NASDAQ:) Inc, the parent company of Google, is banning advertisements for cryptocurrencies starting in June. A similar ban went into effect by Facebook (NASDAQ:) earlier this year.

Meanwhile U.S. Congressmen have also turned their attention to the possibility of regulating cryptocurrencies. The House’s Financial Services is holding a subcommittee hearing on Initial Coin Offerings and is a “hello and not goodbye” of regulating the virtual coins, subcommittee chairman Bill Huizenga told CNBC.

“Congress is not going to sit by idly with a lack of protection for investors,” he said.

In Europe, Allianz (DE:) Global Investors’ warned that the Bitcoin bubble would pop and that the digital coin was “worthless,” even as the blockchain technology it is based on has value for investors.

“In our view, its intrinsic value must be zero,” Stefan Hofrichter, the company’s head of global economics and strategy, wrote in a recent web post. “A bitcoin is a claim on nobody – in contrast to, for instance, sovereign bonds, equities or paper money – and it does not generate any income stream.

Cryptocurrencies May Be Hot Issue At G20 Meeting Next Week