There was not a whole lot of new information to be gleamed from the most recent Commitment of Traders (CoT) report. Nevertheless, it is worth keeping an eye on a few of the contracts and how the market is reacting to price fluctuations. Euro traders are still very long during this period of indecision; gold traders too, while large specs in JPY find themselves picking up their pace on covering shorts.

Each Friday, the CFTC releases their weekly report of traders’ positioning in the futures market as reported for the week ending on Tuesday. In the table below, outlined are key statistics for net positioning of large speculators (i.e. hedge funds, CTAs, etc.). This group of traders are largely known to be trend-followers due to the strategies they typically employ. The direction of their position, magnitude of changes, as well as extremes are taken into consideration when analyzing what their activity could mean about future price fluctuations. 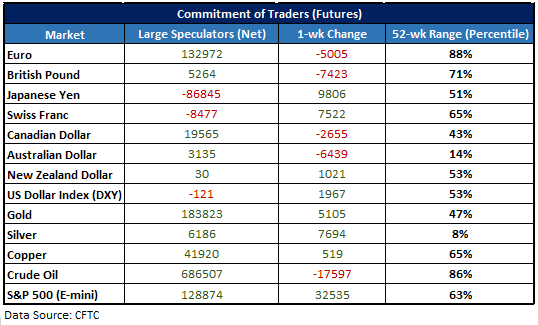 Large speculators continue to hold a large net-long position, historically speaking, at 133k contracts. This group of trend-followers has a good long-term track of identifying to intermediate to long-term trends in the euro, and has done well since earlier last year after once again correctly flipping net-long long.

Will their winning ways continue? The past few weeks have brought a choppy market, and with that the possibility of either putting in a top around the 2008 trend-line, or consolidating for an eventual push through. A little more time should help bring a resolution. Check out the euro weekly technical forecast for details on what signposts to watch. 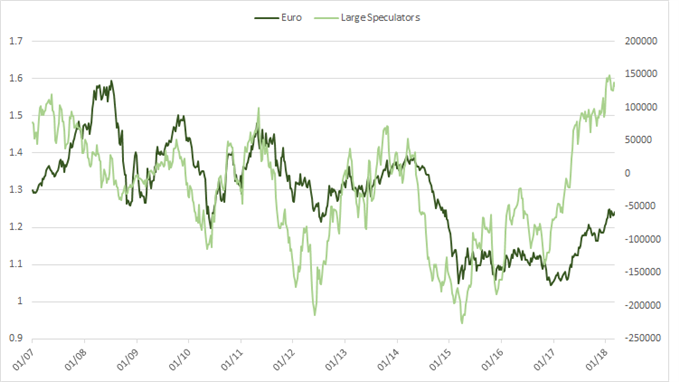 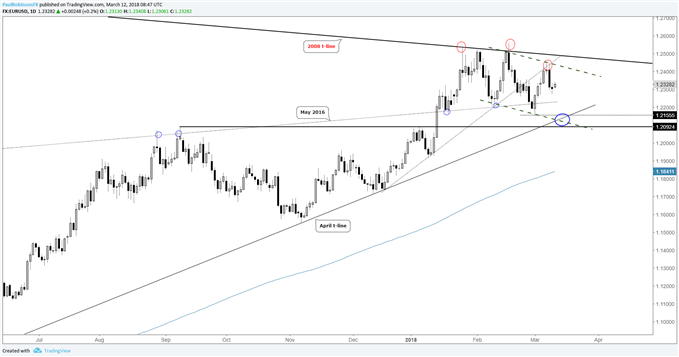 Pace of short covering increases in the Japanese yen contract

Large specs held a net-short position in the Japanese yen for four months which exceeded 100k contracts, but we’ve seen over 28k contracts covered in the past three weeks, bringing their total net-short to -86k contracts, or roughly in the middle of the 52-week range in terms of relative size. It is a moderately aggressive move considering we’ve seen the USD/JPY only make a marginal move to the top-side. It would seem more of a correction in positioning at this point than a shift in trend. 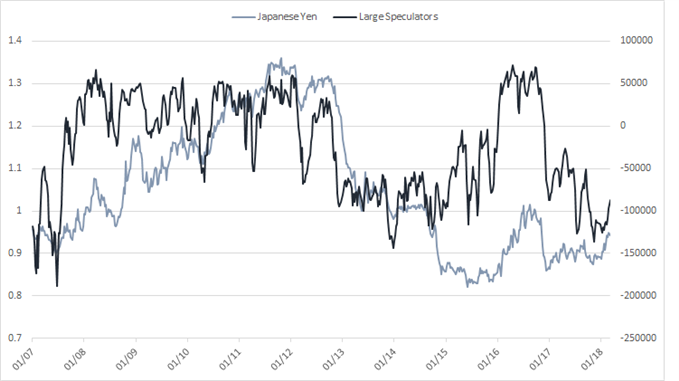 Gold positioning remains quite large, but overall traders have been indecisive

At 183k contracts long, large trend-followers are holding a relatively large position, but one which sits near the middle of its 52-week range. There has also been a flip-flop of buying and selling from one week to the next the past month. The choppy price action continues to keep traders in limbo.

Keep an eye on the euro, as the two have an 85% one-month correlation, and which way it could eventually resolve itself around the 2008 trend-line. The two are almost certainly to move in-line, barring a decoupling of the dollar from gold prices; an event only seen as likely should we enter a period of true risk-off where both the dollar and gold are viewed by market participants as safe havens. 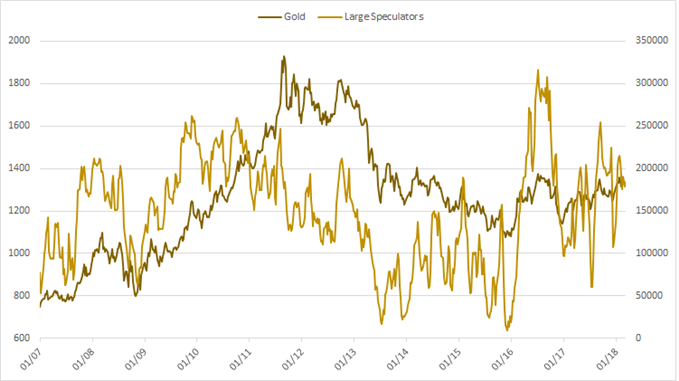 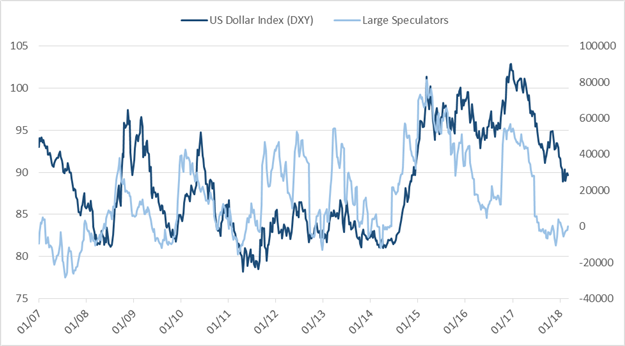 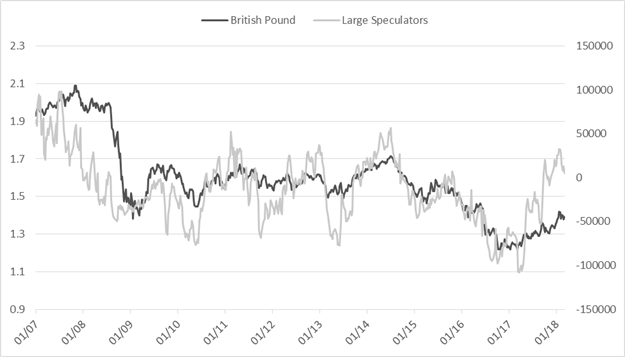 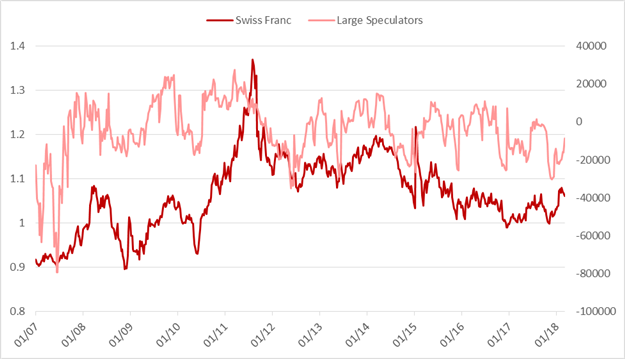 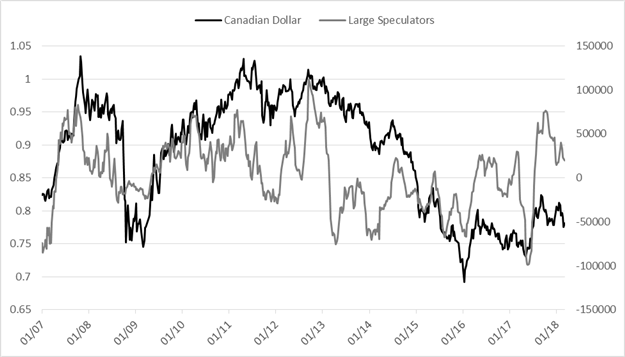 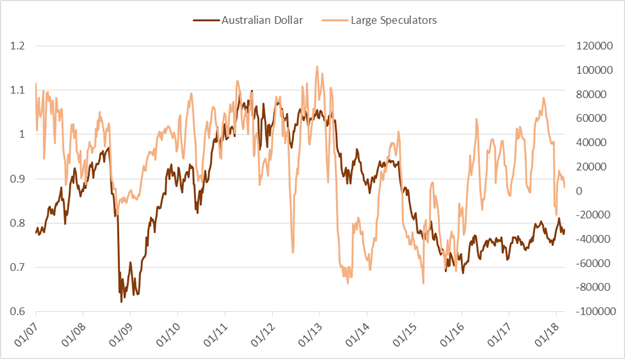 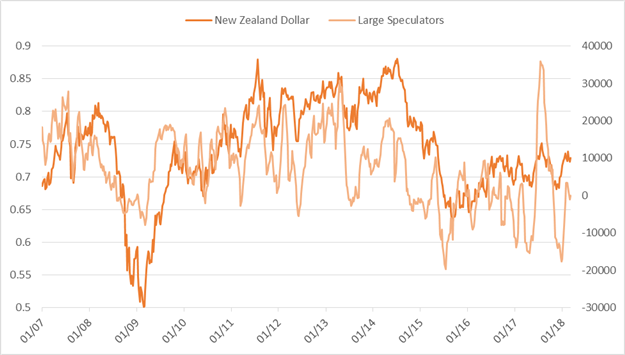 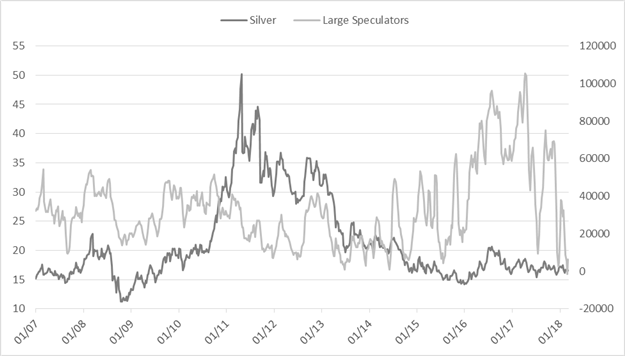 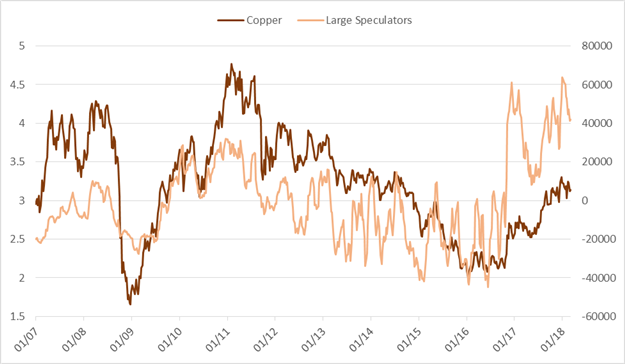 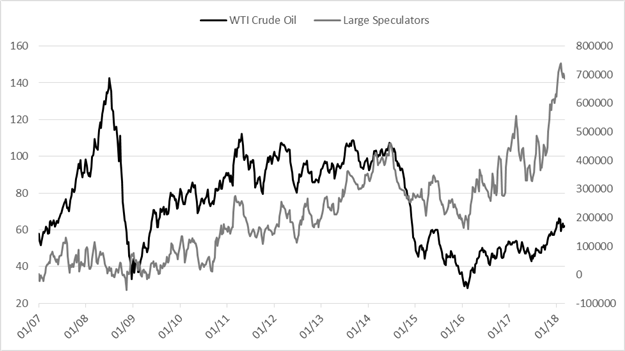 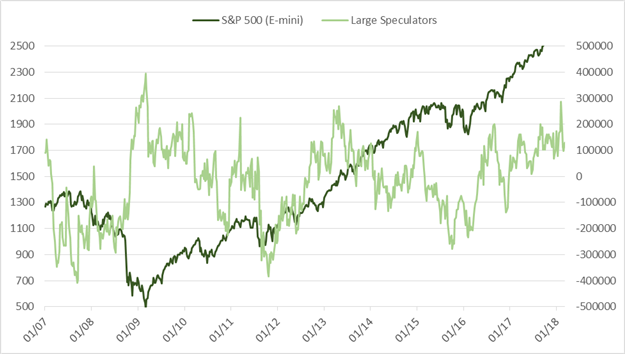